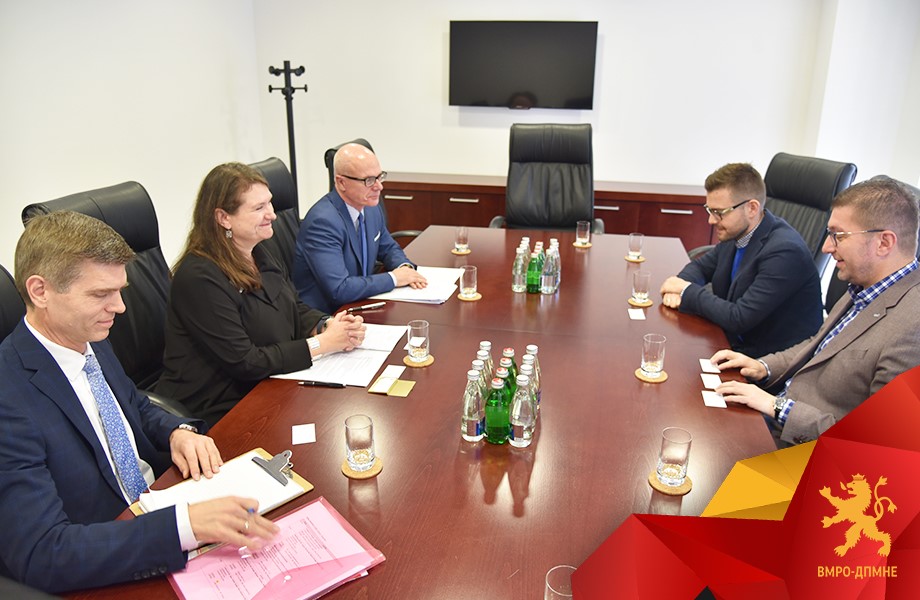 VMRO-DPMNE President Hristijan Mickoski met with the director for Europe and Eurasia in the Canadian Foreign Ministry David W. Sprowell and the Canadian Ambassador to Macedonia Kati Csaba. During the meeting, Mickoski said that the future VMRO-DPMNE led Government, which he expects to be formed after the April 2020 elections, will work to fight corruption and fast-track Macedonia’s EU application.

The biggest problems we face in the Republic of Macedonia today are crime and corruption which have become part of our daily experience. This Government is not protecting the citizens from crime, in fact they are allowing crime to spread across the country, Mickoski said, according to the opposition party’s press release.

Mickoski: Macedonia is at a crossroad