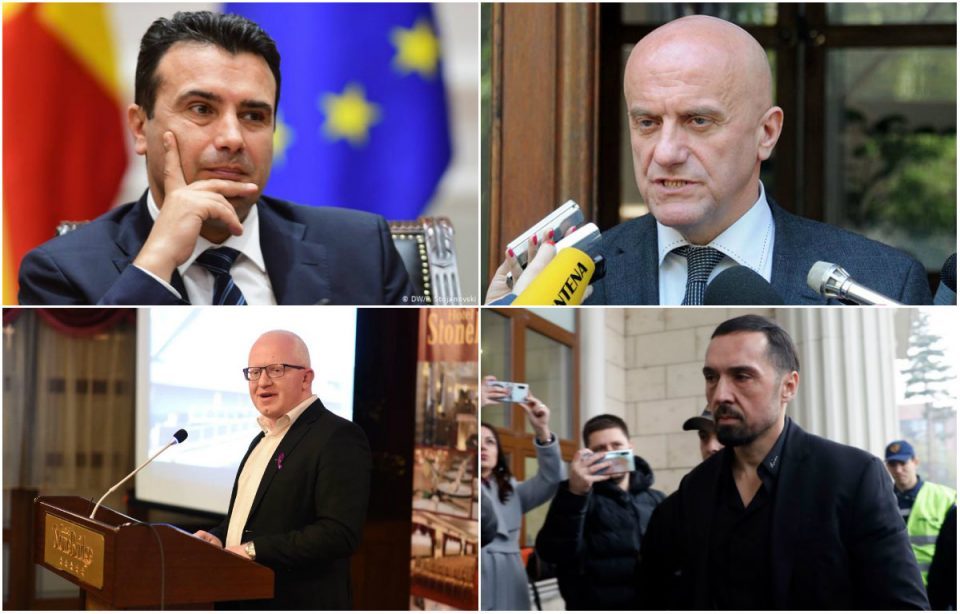 Zoran Zaev and Ali Ahmeti profess support for NATO and the European Union, but enable lucrative businesses for suspicious people involved in undermining the regional strategic orientation, said VMRO-DPMNE Vice President Aleksandar Nikoloski after the scandalous move to open the city of Tetovo for a major development. The business is granted to Montenegrin former security official Miodrag Davidovic – Daka, who is widely seen as supporter of Russian causes in the region and was even suspected of involvement in the attempted coup in Montenegro.

Nikoloski provided copies of the new spatial plan for Tetovo, approved by the municipal council, that will allow Daka to build a huge business and residential complex at the site of the former SIK Jelak factory .The deal would bring 200 million EUR in profits to the businessman and was clearly fast-tracked after he allegedly paid bribes to people linked to the SDSM – DUI Government.

The municipality of Tetovo, led by DUI, asked the Transportation Ministry to approve the new plan on February 21. The SDSM led Ministry approved the request of February 28. In just seven days, the SDSM led Ministry decided that this plan, which extends the urban jungle in Tetovo adding new 230,000 square meters, 2,000 new apartments and 8,000 inhabitants to the city is acceptable. A plan that will bring a profit of 200 million EUR to its investor is approved in just seven days, the time ordinary citizens need to get a simple form out of the municipality. Compare this to the previous spatial plan which provided almost no high-rises in the area and no office space. In the new plan, almost a quarter of all land is slated for development. In the wiretaps published before the elections we heard how a businessman paid out 300,000 EUR and agreed to give away 2,000 square meters and two million EUR once the “job is done”. The question is, who in SDSM and DUI profitted from approving this deal. It is crucial for the wider public to know that Miodrag Daka Davidovic is a controversial Montenegrin businessmen who is one of the main financial supporters of structures in the Balkans who oppose Euro-Atlantic integration, including for Macedonia. His entire business career is linked with structures who enable him great profits which he then invests in undermining the aspirations of Balkan countries for peace, cooperation and NATO and EU integration. It is no coincidence that he is one of the most controversial persons in Serbia, Bosnia and Montenegro, cooperating with the most extreme political and religious groups in these countries, a person who survived an assassination attempt last year and who does not hide his support for anti-democratic and anti-Western policies, Nikoloski said.

The VMRO official asked SDSM and DUI if they are that they are enabling an enormous business venture whose profits will go toward undermining the pro-Western strategic orientation of Macedonia. “If we have consensus among the key political parties in Macedonia for our EU and NATO membership, then who needs to enable these controversial businesses? Are business interests above all? Are Zaev and Ahmeti aware that the money that will be made developing SIK Jelak in Tetovo will be used against democratically elected governments across the entire region?”, Nikoloski asked.