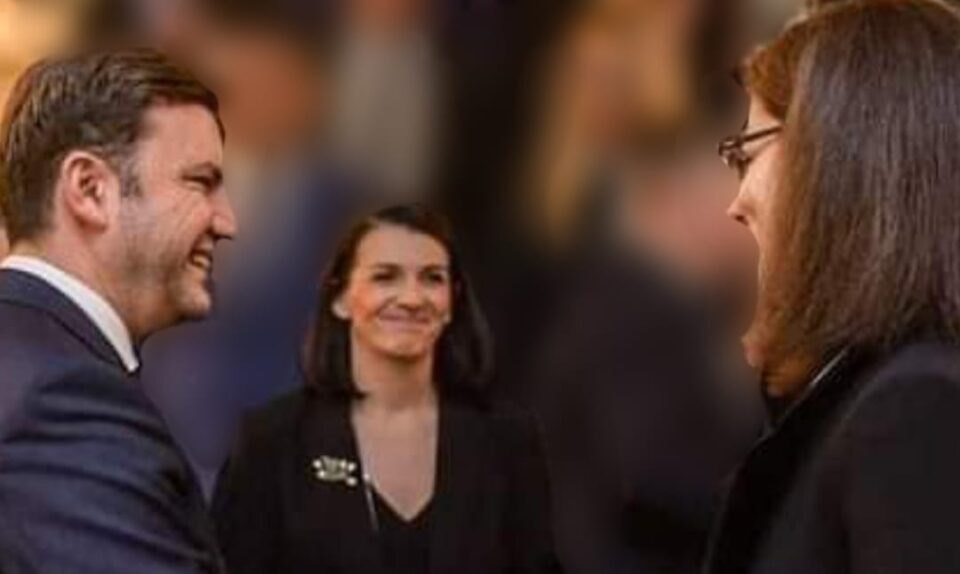 Yesterday we were all horrified by the scandalous statement of the Minister of Culture, Bisera Stojcevska. A minister who comes directly from the ranks of SDSM. Stojcevska actually told us that we should live like Orwell’s 1984, censored.

This was stated at today’s press conference by the spokesperson of VMRO-DPMNE, Dimce Arsovski, who added that the minister clearly and loudly confirmed the fears of the Macedonian society, the Macedonian citizens, the people that the agreements of this government, which they are doing with Bulgaria, lead to assimilation and silent censorship of Macedonian creativity, our greatest treasure.

The Minister of Culture between the lines said what the Protocol, which was harmonized by the government of SDSM and Bulgaria, contains and foresees. Any work that will process content that, according to the Bulgarian side, is evaluated as hate speech will not be supported with state funds. Namely, she says “we have to be aware that we have to move forward. We must break free. History must no longer be our prison.” This is what the Minister of Culture from SDSM says. Madam Minister, do you even know how many creative works, films, songs, novels have been created and are related to the themes of the Second World War or the history of the Macedonian people, which is now contested by Bulgaria? Do you know or not? You obviously do not know and that is an even greater shame for you as a minister. Do you know, minister, that what the government and you are doing now is typical totalitarianism that censors speech, that limits the creative thought of artists?!, said Arosvski.

Arsovski said that obviously, the Minister of Culture knows nothing about creativity, works, or culture.

After this scandal, Stojcevska should resign, because a minister who is ashamed and censors her own culture cannot be a minister of the Republic of Macedonia. Shameful and miserable, she can only be a minister who works for other people’s interests, said Arsovski.