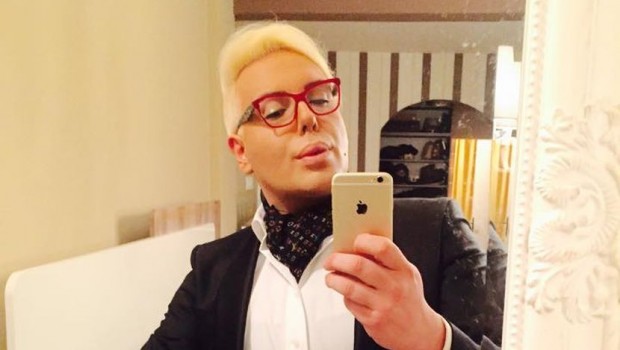 Influence on prosecutors, a lot of money and best connections: The showman Bojan Jovanovski brings trouble to the government in Skopje, Germany’s Der Standard writes.

The affair has all the ingredients of a soap opera. The leading role is played by an influential businessman named Jordan Kamcev, with a net wealth of 228 million euros, the richest man in North Macedonia. He is accused, among other things, of forming a criminal organization, fraud and money laundering. Then there is the head of the Special Prosecutor’s Office, which should actually act against corruption. Katica Janeva is now suspected of having taken money for releasing Kamcev from house arrest.

The third player is the dazzling showman Bojan Jovanovski, who sometimes with golden-black sunglasses and in women’s clothes plays a drag queen and enjoys great fame under the name Boki 13. He owns a TV station called 1TV and has excellent contacts with the Social Democratic government.

Bojan Jovanovski aka Boki 13 is regarded as a dazzling figure in North Macedonia. At the moment, however, government leaders would prefer to have as little as possible to do with him.

Boki 13 is said to have mediated between Janeva and Kamcev. He and his accomplice are in custody. Boki 13 was arrested on July 15, carrying a Louis Vuitton bag with € 1.5 million in it. Janeva drew further suspicion when she said she had lost one of her cell phones. It was later found in Belgrade, but the data was deleted.

Threat to the government

Meanwhile, the scandal with the audio recordings in the Italian newspaper La Verità has become a serious threat to the government, as it also mentions Premier Zoran Zaev. The recordings feature Boki 13, talking about his acquaintance with Zaev and says that he “will not cause any problems”, just as if Zaev had been privy to the matter. Zaev himself dismissed all the allegations and said that he had spoken with Jovanovski alias Boki 13 only about his humanitarian activities. He would not allow “a few criminals, a vain journalist and a fagot to overthrow the government,” the PM said.

The head of government used the word “peder”, which stands for “homosexual”, but is used in the Balkans as a negative term for “gay” Der Standard writes. Zaev’s choice of words caused outrage. According to the Serbian Kurir news porta, Boki 13 now threatens to release evidence of Zaev’s alleged corruption offenses if he is not transferred to a psychiatric hospital within three days.

In this whole summer theater, it remains unknown who made the audio recordings and for what purpose. La Verità is considered a right-wing medium. And the right-wing opposition party VMRO-DPMNE has every reason to harm the special prosecutor’s office. Many representatives of the VMRO, above all ex-prime minister Nikola Gruevski, were brought to trial. Convicted of abuse of office Gruevski fled to Hungary when he should have gone to jail.

The VMRO-DPMNE now demands the resignation of Zaev and early elections. “Zaev is the head of a criminal octopus,” says VMRO. Meanwhile, the government is trying to limit the damage – and has appointed an anti-corruption team. But the credibility of the Special Prosecutor’s Office is already damaged – it was the only institution the Macedonians really trusted. In the recordings, its chief Janeva can be heard talking to Boki 13. She says that she has “everything under control”. She admitted that she had talked to Boki 13, but not about the deal with Kamcev. She rejects all allegations.

Further recordings relate to discussions between Kamcev and Boki 13. Boki 13 should, therefore, achieve that Kamcev’s house arrest is lifted, his passport returned to him and his case closed. Kamcev had already counted the money for that, Der Standard concludes.

Ruskoska to Boki: This is a courtroom, not a theater stage!