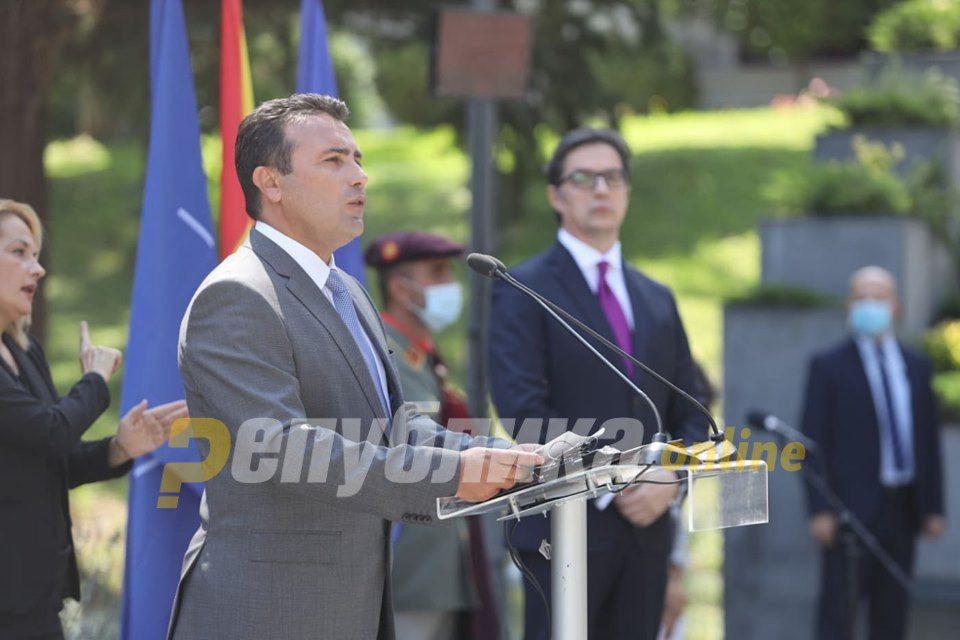 The 20 days deadline which President Stevo Pendarovski gave to his SDSM party ally Zoran Zaev to form a Government began ticking. While accepting the mandate yesterday, Zaev acknowledged that he doesn’t have the necessary 61 votes yet, but promised to Pendarovski that he will have them by the end of the period.

This prompted a protest gathering by the VMRO-DPMNE members of Parliament, whose leader Hristijan Mickoski met with Pendarovski to demand an explanation for his decision. The Constitution stipulates that the President gives the mandate to a candidate who has majority in Parliament. In the past Pendarovski has insisted that he would only give the mandate to someone who has secured 61 votes but he violated this principle with his decision. In response, VMRO-DPMNE said it is freezing its relations with Pendarovski. 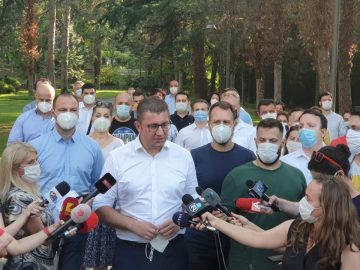 Meanwhile, Zaev faces difficult negotiations with the DUI party which demands that some ethnic Albanian candidate and now Zaev is named Prime Minister in order to supply him with the necessary votes.