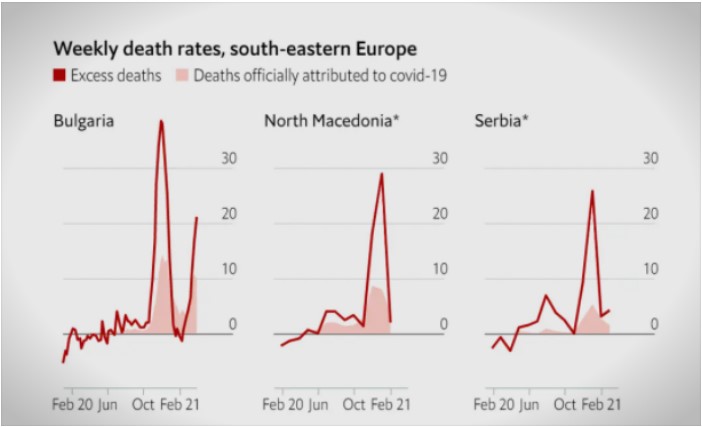 A report by The Economist found that Macedonia had 5,870 excess death in April – December 2020 than during a regular year – twice more than the reported Covid-19 deaths for the same period. The magazine is comparing the death rate during previous years to that during the pandemic months of 2020, and found a significant increase.

Macedonia is ranked among the most badly affected countries in this regard – it is sixth on the list with 283 excess deaths per 100,000 people. Only Peru, Bulgaria, Mexico, Russia and Lithuania did worse.

The report could provide an insight into “hidden” Covid-19 deaths that were not found in the official statistics. In this period, Macedonia had 2,850 Covid deaths but 5,870 people died above the statistical mean for the period.