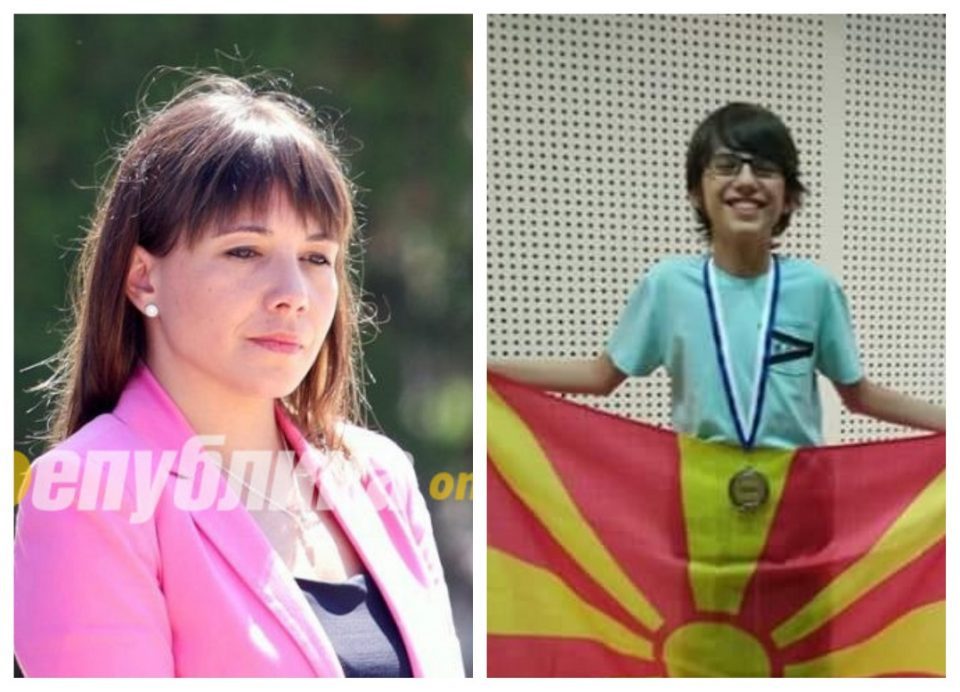 Nikica Davkova, the mother of eight-grader Damjan Davkov who was denied an award after beating high-school students in a math competition, spoke out publicly after the embarrassing move by the Education Ministry. Minister Mila Carovska’s office defended the decision insisting that by law the boy was not allowed to compete against the older math students and caused further outrage by announcing an investigation into how the competition was held. As a silver lining to the boy who endeared himself to the public with his math skills, the Ministry said that it’s likely that a 250 EUR award will be given by the town hall of his city – Stip. But Damjan’s mother is having none of it.

It is not true that the competition was for high-school students ONLY. The word ONLY is not mentioned in the competition. It would be absurd if it was. The youngest winner at the world math olympiad was 11. Damjan was 12 at the 2020 math olympiad, and along with two or three other kids they were the youngest participants. He had to go through all the municipal, regional and national high-school competitions and the selection competitions for the olympiad, Nikica Davkova said. Regarding the option to receive an award from the city, she adds that there is a time and place for that, but “not now, not like this”.