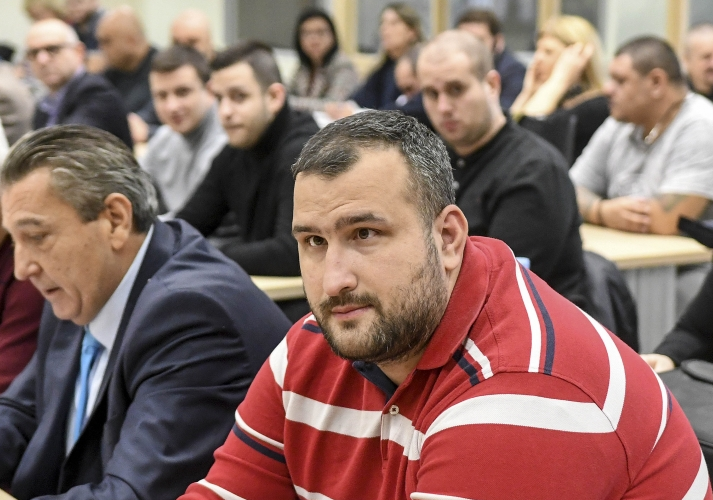 Aleksandar Vasilevski-Ninja, who was the main witness in the “Organizers of April 27” case, received a new prison sentence, reports a1.on. Yesterday, he was sentenced to six months in prison for helping Goran Grujovski, former head of the Fifth Administration in UBK, and his associate Nikola Boskovski to escape.

The verdict followed a guilty plea by Ninja. There are no details of the verdict at this time.

Grujovski and Boskovski escaped in July 2017. They were arrested in October of the same year at the airport in Thessaloniki, when they tried to board a plane to Budapest with fake Bulgarian passports. Then, they were in extradition custody. They were never extradited after the pardon granted by the ex-head of the state, Gjorge Ivanov.

Ninja became known to the public when he was first accused of storming into Parliament on April 27 and received 7 years in prison, and then he was a witness, at the request of the prosecutor Vilma Ruskovska, because, as he said, he happened to be at the place where the storming in Parliament was arranged.

He changed his official statement in court several times but was still treated as a credible witness, for which he received privileges such as a lower prison sentence and better prison conditions. He was also on the list of pardons that should have been granted by President Stevo Pendarovski, but after the stormy reactions in the public, no one received a pardon.