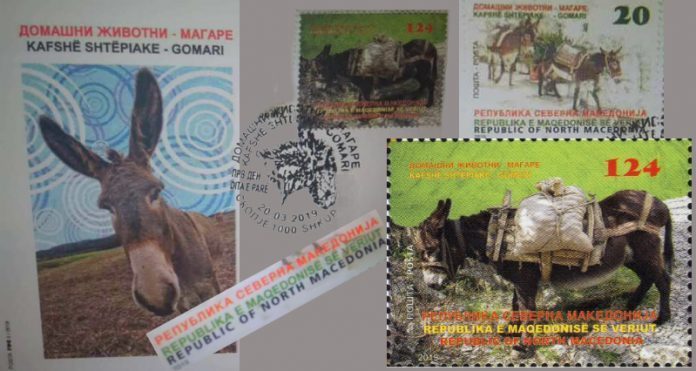 The first postage stamp of north (bilingual) Macedonia !!! A donkey !!!! They could not make a better choice!, Veronika Minov wrote on Facebook 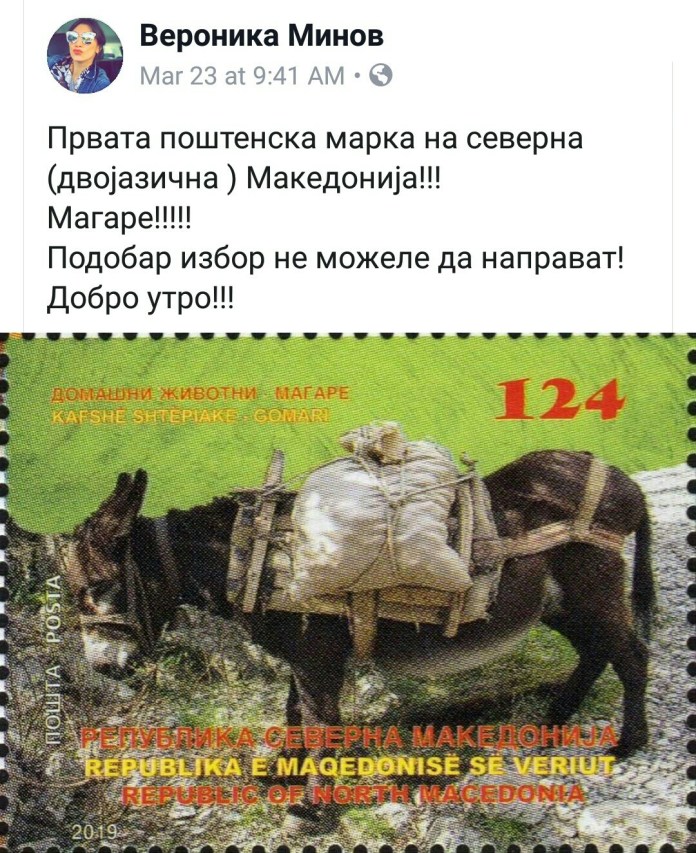 In the comments under the post, people expressed revolt and disappointment with the move with bilingualism and the newly-imposed name “North”, but also by placing a donkey on the postage stamps, which, according to the comments, could indicate that the Macedonian people is a donkey that carries all the burden on its back.

Do you remember the postage stamp I posted the other day? The one with the donkey of north Macedonia ?? Some people thought I was joking, but they do not know that I am most serious about such serious donkey stuff.

P.S. And yes for the first time they are bilingual, explained Minov in another post on Facebook. 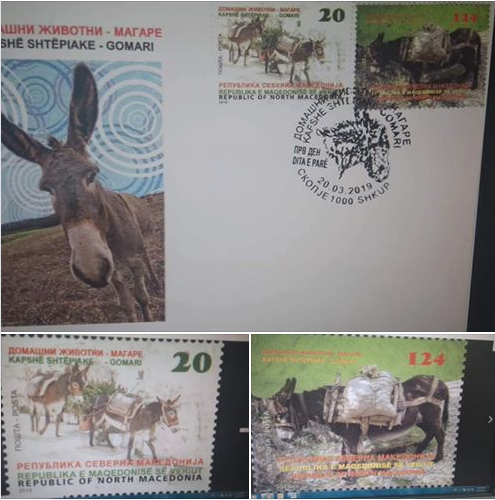