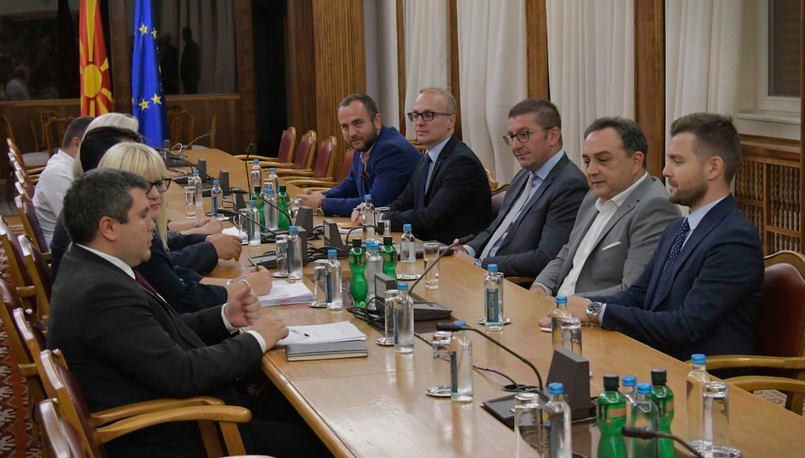 As talks between the leaders of SDSM and VMRO-DPMNE are still on-going in the Macedonian Parliament, sources say that chances of a break-through are slim. The talks between Zoran Zaev and Hristijan Mickoski, and theirs teams, are held to discuss proposals on the new law on state prosecutors and the holding of early general elections.

The talks are going round in circles, as the negotiating team of the Government keeps going back to issues which were considered agreed. It is clear that Zaev’s team doesn’t want to reach a deal, sources told Republika.

Hours before the talks began, the Zaev controlled OJO/PPO office of prosecutors requested that the SPO Special Prosecutor’s Office hands over all their case files. This is an attempt to regulate the judiciary without consulting the opposition and by-passing the requirement that two thirds of all members of Parliament decide on the fate of the thoroughly disgraced SPO office, and the move badly affected the atmosphere ahead of the talks.

Ahead of the meeting, Zaev said that he will demand a guarantee that the cases initiated by Katica Janeva’s SPO office remain being prosecuted. The cases are almost exclusively aimed against VMRO-DPMNE officials and are an important tool of Zaev’s campaign of persecution of the opposition.