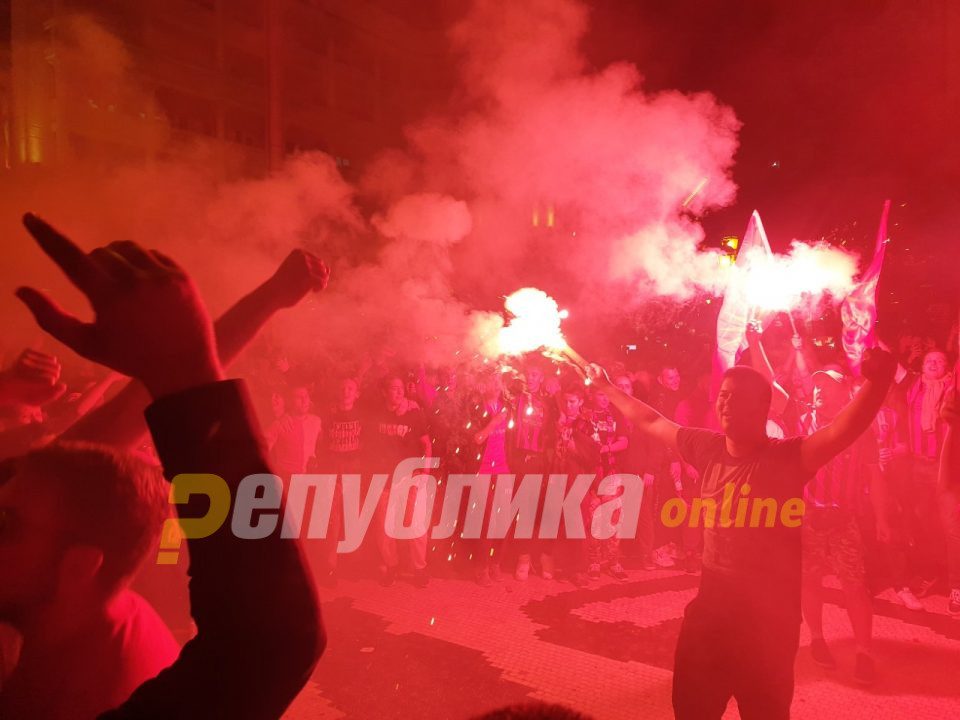 The Helsinki Committee, a left wing organization which has been operating hand in glove with the Zaev regime to try and silence critics of the Government with “hate speech” lawsuits, announced it wil demand an action from the police regarding the celebration of Vardar’s EHF Champions League win.

The organization claims that citizens reported instances of slurs and abuse used for ethnic Albanians during the celebration on Sunday evening. The Helsinki Committee habitually sends such complaints to the police, which has been quick to act, especially in cases of critics of the Zaev regime, which has proven a useful tool to silence free speech. It also operates a news site, funded by the US Government, whose goal is to report “hate speech”.

Similarly, a number of social media users, often anonymous profiles who support Zaev’s policies, have complained about some of the chants and the songs during the celebration, and a news site reported that Zaev’s Finance Minister Dragan Tevdovski was shouted at when he attempted to join the celebration. Vardar’s win turned into a political nightmare for Zaev with the expression of national pride it produced, especially after team captain Stojance Stoilov rejected the name “North Macedonia” used by one of the EHF announcers and said that Vardar comes from “my country, the Republic of Macedonia”.

Report: Conditions in prisons in Macedonia are alarming