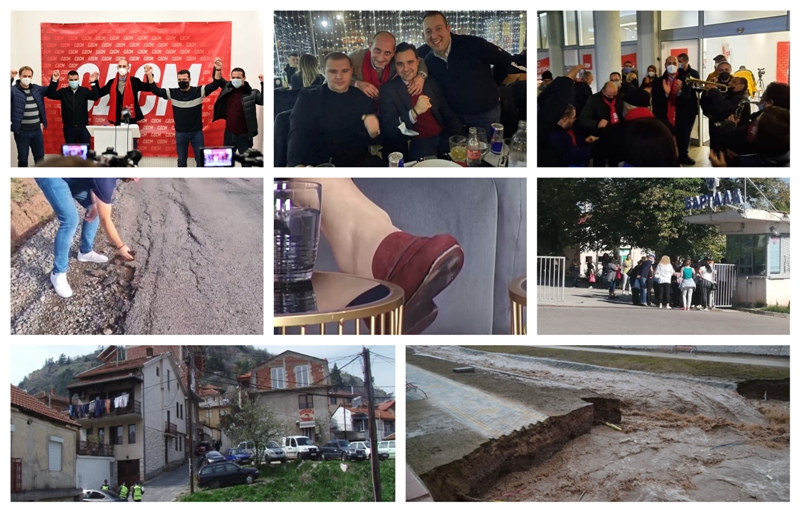 Doctor Sasko Nikolov, who is the incumbent Mayor of Stip, was confirmed by the ruling SDSM party as its candidate for the coming elections. Nikolov has been Mayor for only half a year, as he was elected after his predecessor Blagoj Bocvarski was named Transportation Minister, but even in this short period of time he managed to get himself in the news lot of the time – and rarely for something good.

The very election was controversial – it took place during the major Second Wave of the pandemic, and was seen by many as completely unnecessary, given that the new Mayor was only going to be in office until October. VMRO-DPMNE and other opposition parties boycotted the vote in order to help protect public health, leaving Nikolov to run virtually unopposed. Still, SDSM got thousands of their own supporters to vote, in an attempt to show force, and exposed them to the virus. Nikolov, Zoran Zaev and other party officials in Stip opened a bar that was supposed to be closed because of pandemic restrictions, to celebrate his victory. At the time, Stip had over 500 active cases, and was one of the worst affected cities in Macedonia. When faced with press questions about his reckless endangerment of the voters, Nikolov promised to set funds aside to distribute masks to his voters. 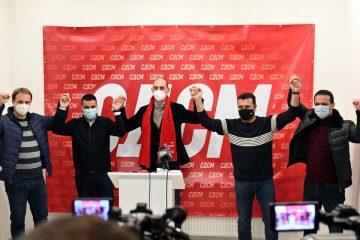 Nikolov was again in the news recently, as the economic downturn is spreading to the textile and shoe industry, on which much of the Stip economy depends. His family owns the large Bargala shoe factory, where, in the past weeks, hundreds of workers were fired or furloughed. Nikolov managed to hold an extremely tone deaf press conference, where he bragged how he himself designed the open top shoes he was wearing. Nikolov had the press conference designed as a feel good event where he will discuss personal anecdotes, while ignoring the plight of the workers in his family company. The workers said that the factory management was also using administrative tricks and at one point began paying out monthly salaries of just 2 denars per worker – an apparent tax evasion scheme for which the workers are seeking union help.

Stip and its local management were again in the news last week, when much of the city was left without water for 48 hours during a major heatwave.

Nikolov’s local rival from VMRO-DPMNE Ivan Jordanov also notes that the Mayor accomplished nothing from his pre-election promises. These included building a dam on the Otinja river, a gondola to the Isar fortress, a sports center, a wrestling sports hall, a cinema and linking the city to the regional gas connector. And what was built, like the road to the improvised Covid-19 hospital, is made with such poor quality that the asphalt is crumbling after only a few months. 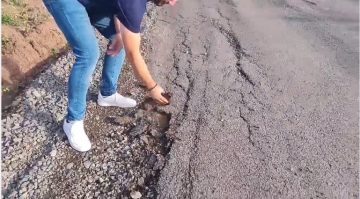 Jordanov: The first people of Stip forgot where they come from

The Levica party announced its support for other oppositions candidates, in the second round of local elections on October 31st, for the goal of bringing down the Zaev regime. The party did well in the first round, especially in Skopje’s urban areas, and won over 55,000 votes in the council races...
Macedonia 27.10.21 | 19:00