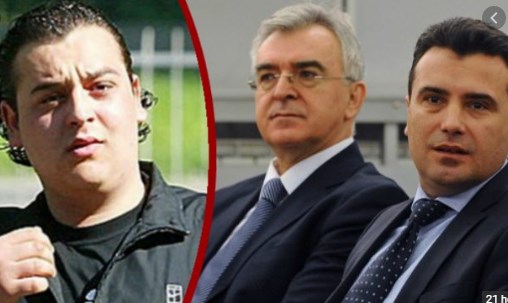 Aleksandar Verusevski, the notorious son of equally notorious former intelligence chief Zoran Verusevski, announced that he has more recordings of SDSM party leader Zoran Zaev. The younger Verusevski was revealed as the source of the four recordings released recently which showed how Zaev abuses the judiciary and the George Soros funded left wing NGO groups for his political goals.

Zaev acknowledged that Aleksandar Verusevski is the person who was with him during the restaurant session, and was probably the person who recorded it, but then added that he still has great admiration for Zoran Verusevski and his children. Aleksandar Verusevski responded with a series of Facebook comments. He said that he considers Zaev’s comments as a threat aimed at him. “I know him well enough to know that”. He then wrote “Imagine, he’s certain that that was the only time he was recorded. What a miserable person”. 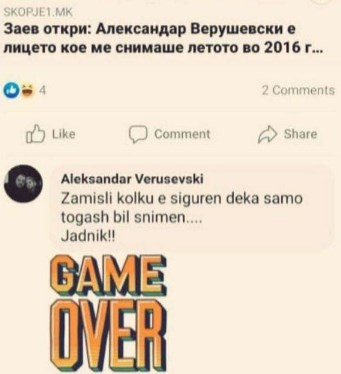 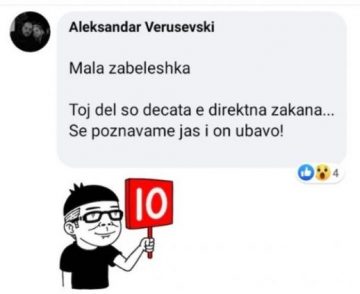 Zoran Verusevski, the formed head of the powerful UBK intelligence service, was the man behind the 2000 wiretapping which caused a political crisis that contributed to the start of the 2001 civil war. In 2015, in a similar operation, the SDSM party began revealing wiretaps of top officials of the VMRO-DPMNE led Government, which were again apparently provided and weaponized by Verusevski. For his services in causing another political and security crisis that again resulted with SDSM’s rise to power, Verusevski was rewarded with the position of security adviser to Zoran Zaev and significant payments from the SDSM controlled courts for the time he spent in detention in 2015.

But Verusevski’s son, who made headlines with violent incidents for years and was eventually pardoned for a murder attempt by former President Branko Crvenkovski, is apparently not satisfied with how Zaev runs things. He would frequently tell Zaev to remember who brought him to where he is. His latest comments are the strongest indication that the Verusevski family intends to pubilsh additional wiretaps that will reveal abuse of power and crimes by Zaev and his SDSM party.