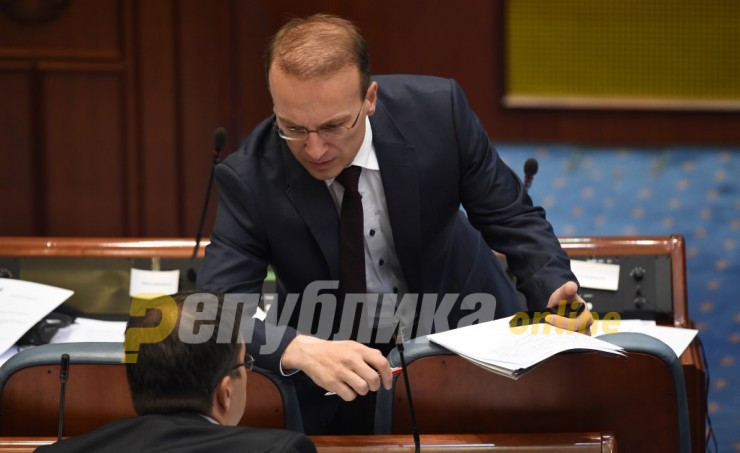 VMRO-DPMNE members of Parliament sent a letter to European Union Ambassador to Macedonia Samuel Zbogar, informing him that the new, significantly watered down regulations in the Academy of judges and prosecutors erode the merit system and lead to nepotism and partisanship in the process of selecting future members of the judiciary. The Academy was set up to ensure that only the most qualified law faculty graduates are put on track to become judges and prosecutors, but the recent changes would make an objective interview as one of the main criteria of enrollment.

The proposal to adopt these changes under the process reserved for aligning laws with those of the European Union will only serve to expedite the reaching of the real goal – to remove criteria for enrollment and substitute them with direct interference on the part of the Justice Ministry representatives. It is becoming clear that the candidates privileged based on their kin or party affiliation, will be fast tracked through the enrollment. These include the son of a court president, the daughter of one OJO prosecutor, the in – law of an SDSM party official in the Parliament, the niece of a former SDSM member of Parliament who is currently working in the Special Prosecutor’s Office, the son of a top DUI party official, people close to the Government’s Secretary General and other privileged candidates to become judges. The principle of equal opportunity to apply to the Academy is completely overturned, Milososki said.

The opposition warns of an all out assault on the part of the Government to take over the judiciary, which is then being used to carry out a campaign of political persecution.

SDSM is eroding Academy standards in order to appoint the future judges and prosecutors, VMRO says

Justice Minister Renata Deskoska dismissed the objections as comical, insisting that they were already part of the laws regulating the work of the Academy.