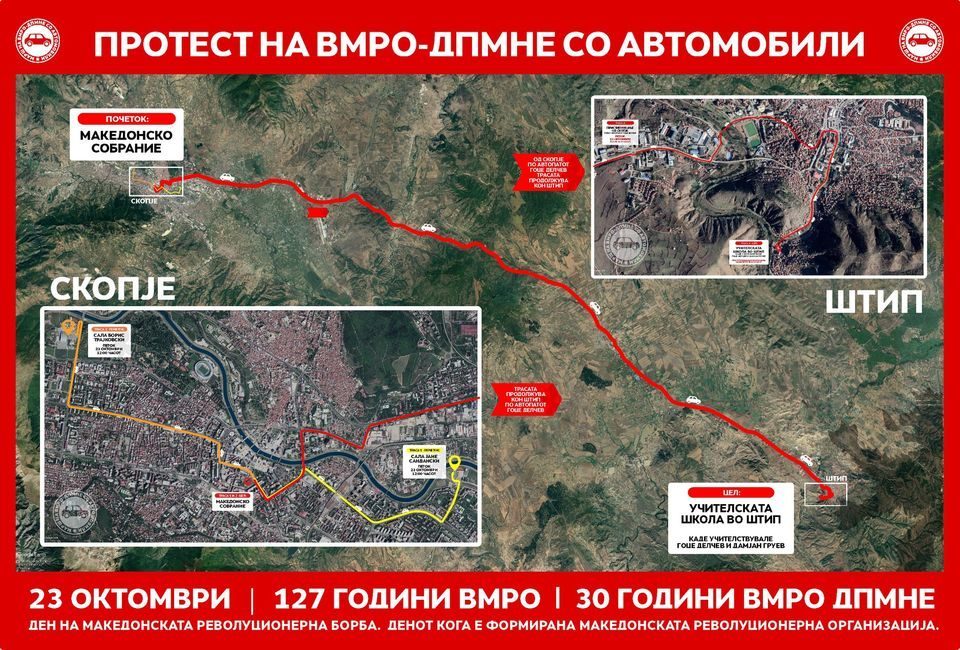 127 years since the bright date for Macedonia, for the Macedonian unyieldingness and defiance shown through the centuries, the day when the organized revolt against the tyranny begins, the moment when the struggle for freedom, justice and one’s own state begins.

Today we have the state, but we do not have the freedom we want, we do not have the justice we need, we are fighting for the national feeling that they deny us, the party leader Hristijan Mickoski wrote on Facebook, calling on all citizens to join the protest against the mafia, for justice and freedom.

The protest will start on October 23 at 12h at two gathering points in Skopje and finish at the Parliament building where VMRO-DPMNE leader will deliver an address. After the address, the protest with car convoys will continue from Skopje to Stip through the highway Goce Delcev, and in Stip it will finish in front of the Teachers’ School where Goce Delcev and Damjan Gruev once taught.