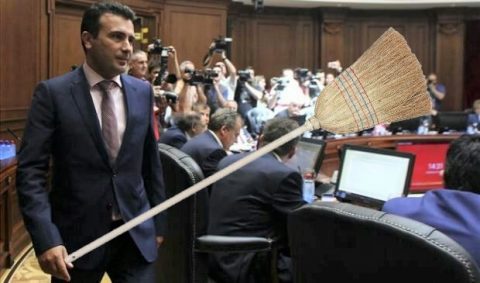 Talks on the announced “purge” in the Government are still ongoing and it is expected that in the next few days the Prime Minister to come up with a concrete position on this issue.

Minister of Agriculture Ljupco Nikolovski, who is also the new Secretary General of SDSM, said Friday that the Prime Minister will come up with a concrete position on the date and steps that will be taken in the next few days.

Yesterday evening we had a coordination meeting and Prime Minister Zoran Zaev’s talks will all other political parties resume. In the next few days, he will certainly state a concrete position about the date and the specific steps and decisions that will be taken. It all depends on other issues related to the EU and the date for accession negotiations, so I would not have anything to add, said Nikolovski, answering a journalist’s question as to how is the procedure going and whether the new names of ministers are known.

Regarding the reshuffle of new leadership in the party, Nikolovski said that all activities will be carried out during the next week.

That part will certainly move, but the prime minister will inform the public for everything else, said Nikolovski.