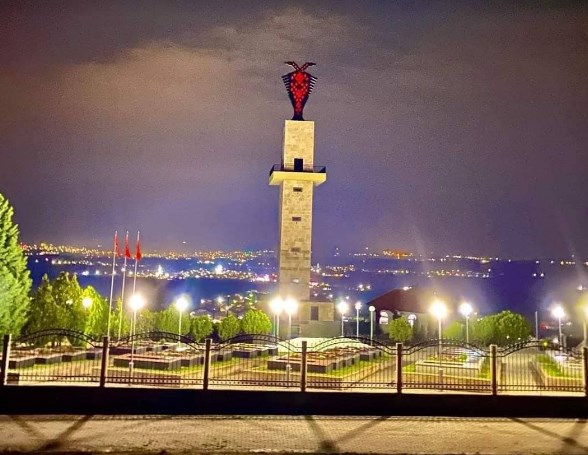 Kumanovo Mayor Maksim Dimitrievski said that the large monument to the Albanian UCK terrorist organization, inaugurated today in the village of Slupcane near Kumanovo, does not help to bring the country together. Dimitrievski is pushing to build a monument to the Macedonian special police officers who were killed fighting a group of UCK fighters in the 2015 attack on the city.

As long as that party is led from Mala Recica (Ali Ahmeti’s base near Tetovo) we will continue to go in the wrong direction. I tell Mr. Ahmeti, so long as there is a single Macedonian in this country, and citizens who want their country regardless of their ethnic, religious or other background, Macedonia will continue to exist, as it did always, Dimitrievski said.

During the 2001 civil war, started by Ahmeti and his UCK faction, Kumanovo was left without water at peak summer, after the UCK captured its main reservoir. In 2015, during the Colored Revolution, the city was attacked by four dozen UCK fighters, and seven officers were killed fighting to destroy that group.