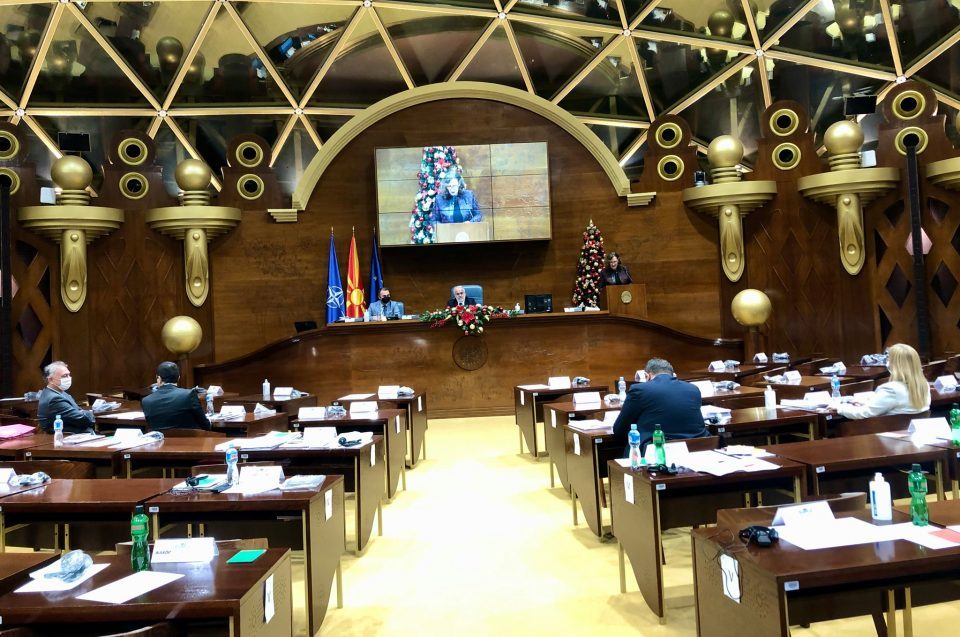 The Parliament was unable to hold a session today as two members of the thin SDSM – DUI majority are being tested for coronavirus. Opposition representatives did not help the majority provide a quorum, in line with their position that they will only do so when the issue favors the country as a whole, and not just SDSM’s narrow partisan agenda.

It takes 61 representatives present to hold a session, and SDSM and DUI have only 62 seats. SDSM head of the group in Parliament Jovan Mitreski railed against hte opposition representatives for not helping the majority out. “The country and our institutions are suffering because of this”, Mitreski said.

His opposite number Nikola Micevski from VMRO-DPMNE responded that it was SDSM’s decision to declare a victory after the inconclusive July 15 elections and to form a Government with the narrowest possible mandate, instead of opting for a broader coalition that is needed during the triple crisis of the coronavirus epidemic, the economic collapse and the blockade of Macedonia’s EU integration.

We said from the start, you have 62 seats but act as if you have 100, Micevski replied.

One of the issues on the agenda was supposed to be discussion in the vote of no confidence in Deputy prime Minister Nikola Dimitrov, who is in charge of EU integration and signed the 2017 Zaev – Borisov treaty, which he claimed would open the process.

Mickoski: This Government no longer has the support of the citizens, all parties need to join together and vote it out