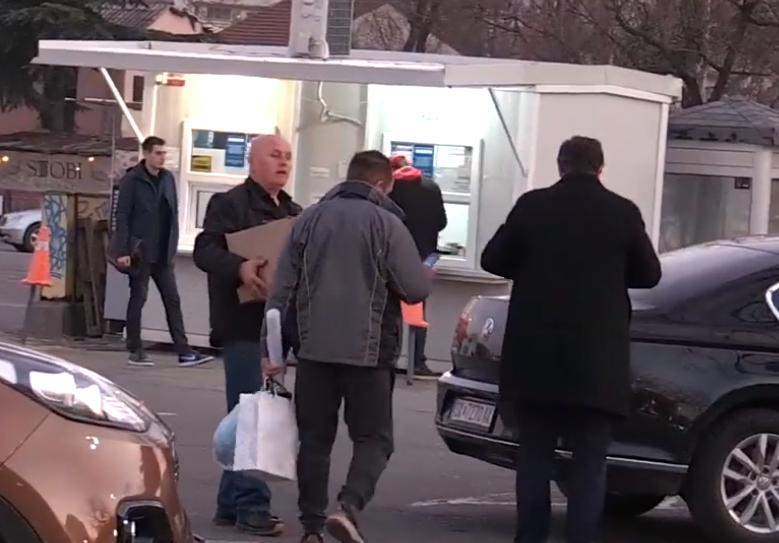 Yesterday, Infomax released a poll of the SDSM march for justice on the streets of Skopje. The poll found that senior officials of the SDSM, but also ordinary citizens are not satisfied with justice in our country.

Perhaps the most dissatisfied was  Marjan Daskalovski, one of Zaev’s closest people, president of the SDSM municipal organization in Strumica, but despite his closeness to Zoran Zaev he agreed with the Infomax editor about the unsatisfactory level of justice in the Republic of Macedonia. He is not happy about the escape of the killer Neskovski and he is not happy that his own party is in coalition with Saso Mijalkov and Krsto Mukoski.

However, this is not the only scandalous thing on the recording. Daskalovski arrived at the march with  a “Passat” official vehicle, something he confirmed to deny shortly afterwards and to say that he was on duty. Still, the video shows sandwiches being loaded into the vehicle.

People react on social networks: Will SDSM officials give up their salaries of over 70 thousand denars