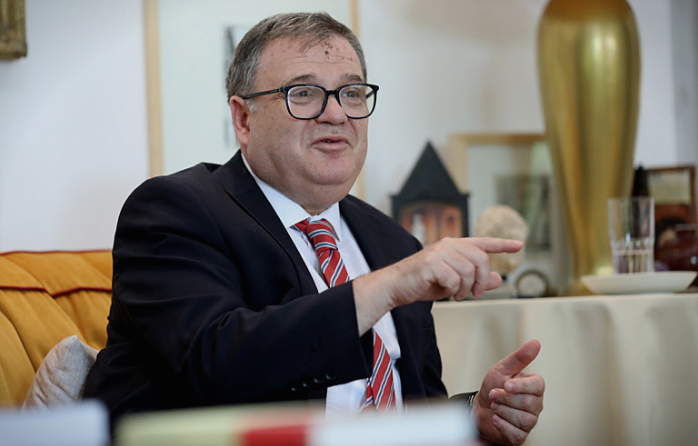 The French Ambassador in Skopje, Christian Thimonier, told “Koha” daily that he expects the new government to be formed soon and to continue consolidating the reforms towards the European path of the country.

I hope that the new government will be formed soon, and to continue with efficient and credible reforms, as well as to consolidate the country’s European path. The judiciary, the fight against corruption, education reforms and economic development should be the main task of the new government, Thimonier said.

Asked whether France or the EU favors a party that should form a new parliamentary majority, Thimonier said political action was open in a democratic system, but that a new majority should be created based on the program presented at the elections.

Dimitrov-Thimonier: New methodology helps us in transforming realities on the field for the better