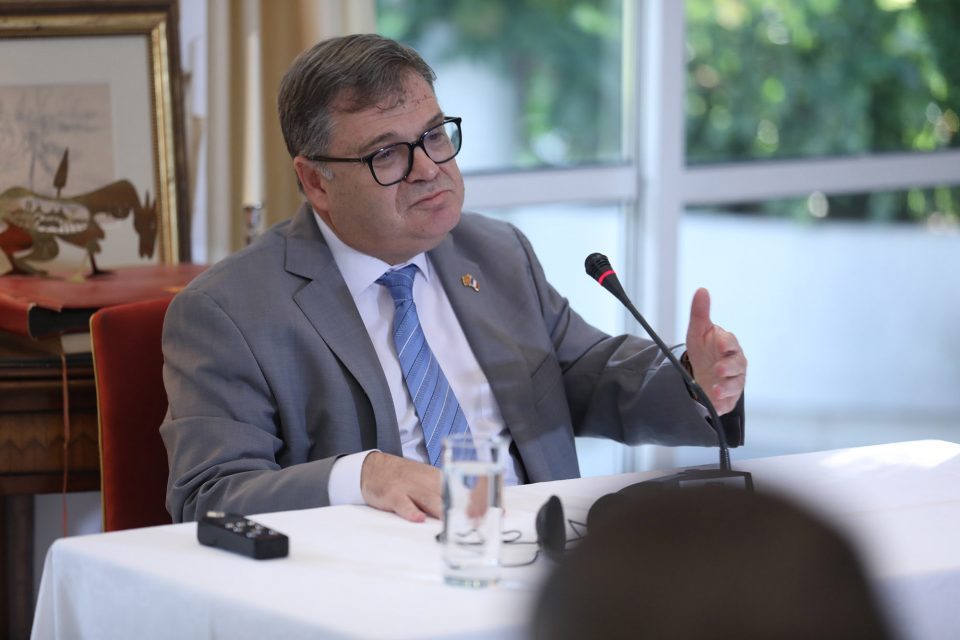 French Ambassador Christian Thimonier said Thursday that he had no information on when French President Emmanuel Macron’s visit to Skopje and Tirana would take place.

At the moment I have no information on this topic. The president has indicated that he would like to visit both countries in the coming months, but at the moment I have no further information. I would just like to add that this was ahead of the election announcement, the French ambassador told with reporters at a press conference at the French residence dedicated to clarifying France’s positions regarding the failure to give a date for our country and Albania at the October EU summit in Brussels.

He added that negotiations between the respective levels of the two countries regarding the possible visit are ongoing, and they will have to discuss the dates with both countries.

Thimonier: The Prespa Agreement was not the only condition, key reforms have not been implemented