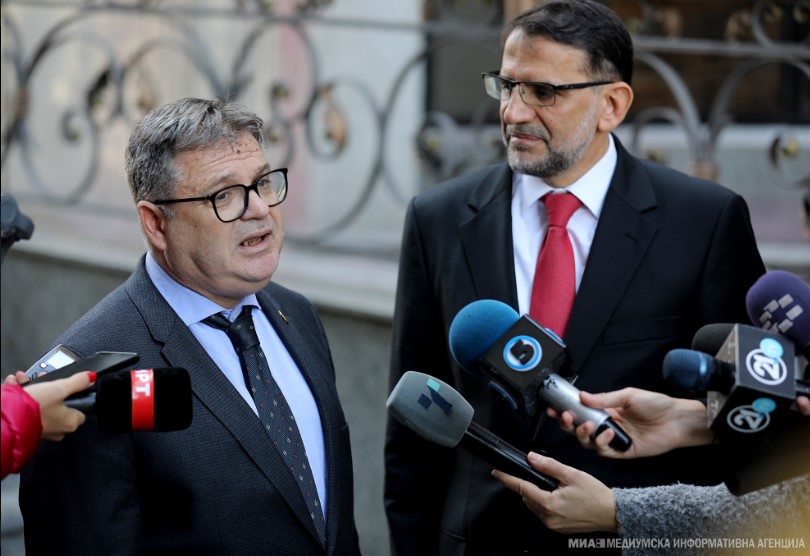 Amnesty is a sensitive topic and I will not speak much about it, I will just say that the amnesties did not bring happiness here, French Ambassador Christian Thimonier said in an interview with “Macedonian Radio”.

Amnesty is supposed to occur after some conviction and accountability and generally amnesty is thought of as reconciliation in society, but I have no impression that impunity here is related to reconciliation. But here impunity causes unrest and major wounds to society, and this is not the best path for the state. We have a society that is extremely divided, I can’t comment on the Constitutional Court. The right to amnesty should be used for reconciliation and not for impunity, the ambassador said.

As regards Mickoski’s proposal for a ban on amnesty for politicians, Thimonier said it was not France’s ambassador’s place to comment on such matters, but there is also a European tendency to restrict amnesty capacities, especially when it comes to acts that are economic and financial reason, especially when it comes to robbing the people, and especially for acts that undermine democracy and undermine citizens’ confidence in the political system.

When asking for someone’s opinion, that opinion should be taken into account either partially or fully, because we think the Venice Commission body is highly respected all around the world, and when looking for European standards, we should respect the opinion of an institution that is respected. The essence of this commission is to create law, and to produce consensus, the French ambassador said.

Ahmeti: We used Venice Commission to reduce tensions and prejudices among Macedonians