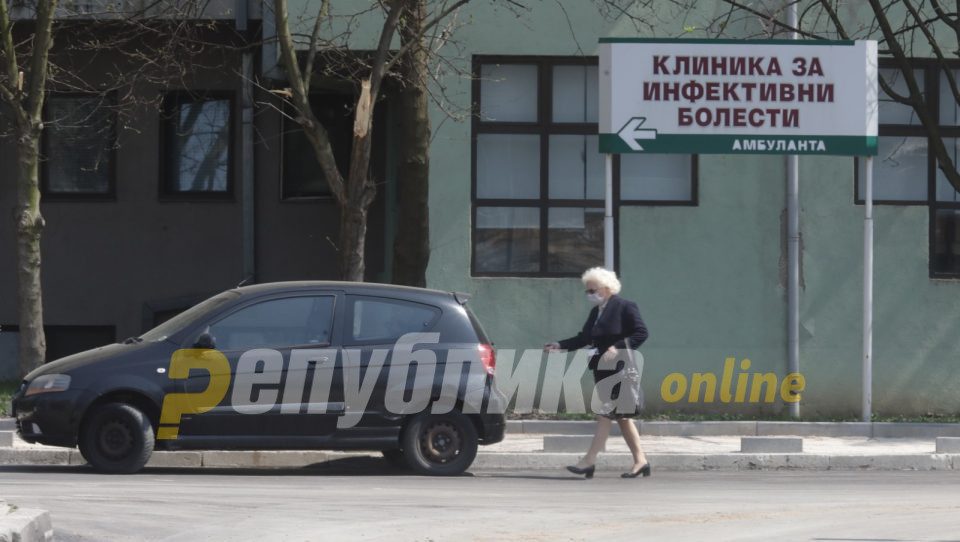 Three people have died from Covid-19 over the past 24 hours. One of the patient was a woman from Prilep, aged 59, who was treated at the Infectious Diseases Clinic in Skopje for a week. Another patient died in the Veles hospital – a male aged 76, who was also treated for a week. And a 68 year old female patient from Tetovo died while en-route to Skopje.

The Healthcare Ministry also found 20 new infected patients, out of 309 tests that were conducted in the past 24 hours. Half of the cases are in Skopje, followed by Prilep with 5, Tetovo with 4 and Veles with one confirmed case.

The death toll now stands at 95 and the total number of confirmed cases is 1.694. Out of them, over 1.220 are now considered cured.

There are 56 patients treated in the two main clinics set up in Skopje, and four are on mechanical ventilation.