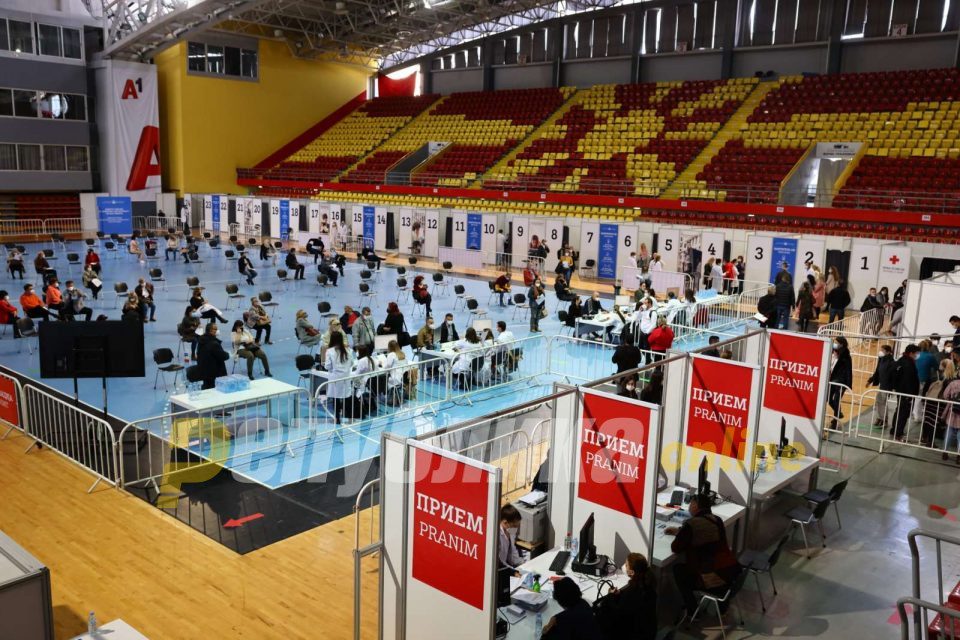 Large scale immunization will resume today at the Boris Trajkovski sports hall in Skopje, for a second day in a row. About 3,000 people were vaccinated yesterday, with two incidents reported – in one case a police officer collapsed while taking the shot. Doctors said it was due to panic and exhaustion, and Healthcare Minister Venko Filipce said that both cases of collapse were not caused by the vaccine.

Police officers, soldiers, doctors, bus drivers, journalists, kindergarten teachers and elderly citizens were among those who got appointments for vaccination with the Sputnik V vaccine. Macedonia finally obtained a more meaningful quantity of vaccines after receiving a shipment of 24,000 Astra Zeneca vaccines through Covax and 20,000 Sputnik vaccines donated by Serbia. Besides in Skopje, smaller quantities of the vaccines are made available in general hospitals across the country.