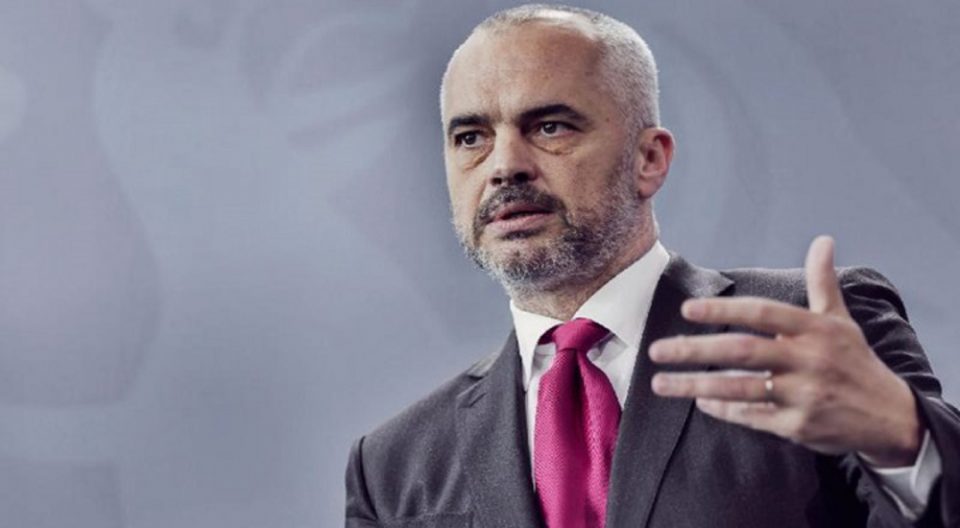 Reuters reports that Macedonia will receive approval to open EU accession talks later this year, while Albania will be left out. This, and a comment from Macedonian President Stevo Pendarovski, sparked a bitter tweet from Albanian Prime Minister Edi Rama. In an interview with Euractiv Pendarovski called for “decoupling” of the EU accession talks of the two countries so that Macedonia can advance without being held back by Albania, but Rama reminded Pendarovski and his SDSM party of the support they received from Albanian voters and from Albania.

President Pendarovski implicitly favours “decoupling from Albania?” Strange to hear this, especially when one considers the key contribution of Albania and Albanians in our friendly neighbour’s state democratic developments and European path. Doesn’t sound right nor practical frankly!, Rama tweeted out.

During his visit to Brussels, Pendarovski openly called for the “decoupling” of Macedonia from Albania, adding that Albania is “in disarray”.

The biggest problem now is the decoupling with Albania. Albania is now in disarray. The opposition has walked out of institutions and it’s getting tenser. So what can we say here? We have had positive recommendations from the Commission before, and we’ve been decoupled before, Pendarovski told Euractiv.

Pendarovski won the presidential elections in May only owing to the unprecedented, near unanimous turnout in his favor by the ethnic Albanian voters. Pendarovski easily lost the Macedonian vote to the conservative candidate Gordana Siljanovska – Davkova, but made up the difference as village after village in the Albanian majority districts turned out results such as 1.500 – 10 and 2.200 to 30 in his favor.

Both countries are denied opening accession talks in June, but Macedonia is being told that it can expect to open them in September, or October, or some time later this year.

Now, the latest agreement is to reach a deal among EU governments in September, but only for North Macedonia, which is also set to join the North Atlantic Treaty Organisation in 2020. “North Macedonia has a good chance (for EU membership talks), given the historic resolution of its name issue,” one senior EU official said, referring to a decades-old dispute with Greece that blocked its path to the EU and the NATO alliance. “But Albania is still a big issue for some governments. It is not looking so promising,” the official said, Reuters reported.

According to the news agency, the opposition encountered from France and the Netherlands to opening accession talks with both Macedonia and Albania was a surprise, and was likely driven by fears of a nationalist surge during the European Parliament elections.

In one of his recent statements, Prime MinisterZoran Zaev warned that politicians in Germany fear that giving accession talks to Macedonia but not to Albania could spark a nationalist reaction in the latter. Zaev said that he is certain “his good friend” Edi Rama won’t resort to nationalism if Albania is denied the right to open accession talks.