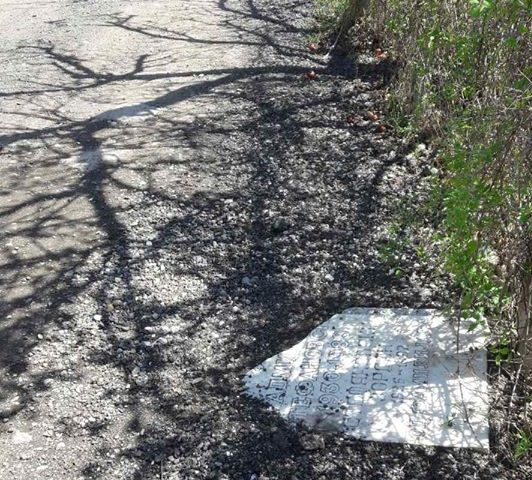 Citizens from Volkovo, a village near Skopje, were happy that their street, known only as “number 33” was finally being paved over after long use as a mere dirt road. But after the work was done, the citizens were aghast when they found a tombstone paved into the building.

We were waiting for some asphalt for a street of mere 100 meters for three years and this is what we get? A grave stone?, the citizens said while sharing the unsettling picture online.

The names of several people whose tombstone was paved into the street are clearly visible. The citizens called Mayor Aleksandar Naumoski to investigate the scandal immediately.

Woman confronts Zaev about his unfulfilled promises in Volkovo, he accused her of putting on a “staged show”