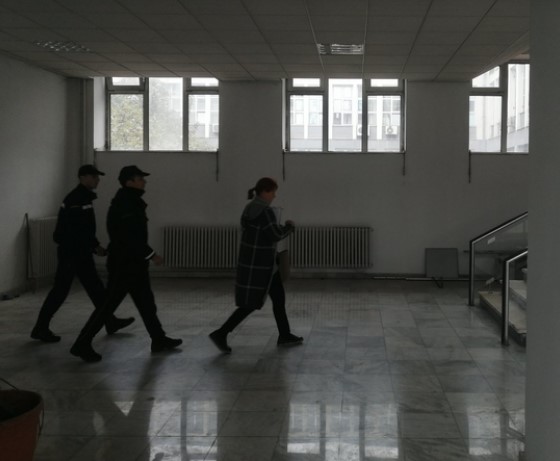 As the Racket scandal had its first star testimonies, the second racketeering case against Bojan Jovanovski – Boki 13 is also moving forward. In it, Boki 13 is charged with setting up a bogus charity through which he extorted millions from businessmen, promising them he’ll let them in on lucrative real-estate deals prepared with the cooperation of the ruling SDSM party.

Jasna Mandic, former deputy chief of the International Association charity and also co-manager of Boki 13’s 1TV television, was summoned before prosecutors to inspect the evidence against her today. Last week, the same was done by Deputy Parliament Speaker Frosina Remenski, who was named honorary President of the International Association. Both Mandic and Remenski are in house arrest.

This case adds significantly to the burden on Boki 13, who is already standing trial for extorting 1.5 million EUR from businessman Jordan Orce Kamcev with the help of Special Prosecutor Katica Janeva. In Racket 2, he is charged with taking money from businessmen Siljan Micevski and Adrijan Amzovski. The money were meant for a “charitable” retirement villages built on publicly owned land in desirable locations across Macedonia, which would then be turned into commercial properties.

Chaos at “International Association” case trial: The court doesn’t USB containing conversations of Boki with Bogoev and Zaev to be used as evidence