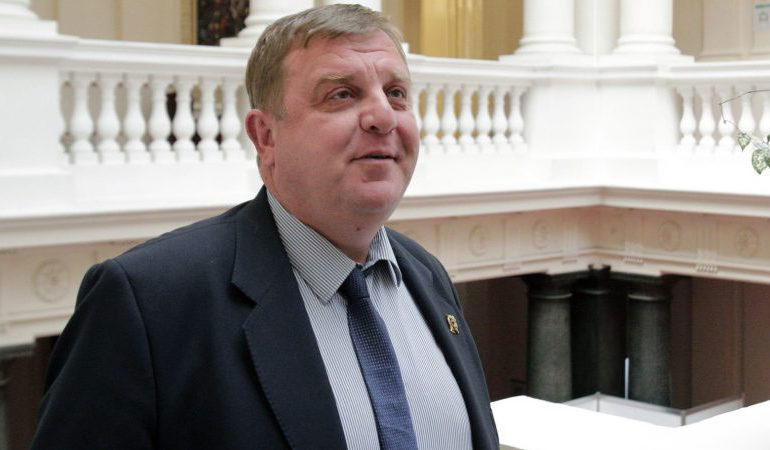 Bulgarian Defense Minister Krasimir Karakacanov told the Zaev Government, in no uncertain terms, that Bulgaria will block the opening of EU accession talks and its NATO membership unless Macedonia accepts the historic narrative set forth by Bulgarian historians. The threat comes as Macedonian Foreign Minister Nikola Dimitrov is in Sofia for a meeting of the the joint Government committee between the two countries.

Defense Minister Karakacanov said that Macedonia can’t become a member of EU and NATO unless it accepts the Bulgarian position on these historic issues. He directly rejected Dimitrov’s plea that the Bulgarian side refrains from using ultimatums, and reminded him of what he signed two years ago.

You can’t falsify history. The treaty we signed states that Macedonia can’t have territorial and historic aspirations toward us. It is written. What do you mean no ultimatums? It is written in the treaty. There are mechanisms in the treaty. It is not an ultimatum, we will simply stop supporting them. We tell them, you are not ready, you will wait a little while longer until you learn European manners and read the real history. A significant portion of the people in Macedonia expect this to happen, not for the sake of the EU but because they know that we are one people, Karakacanov said.

The historic committee was set up as part of the Zaev – Borisov deal signed in 2017, and it is supposed to create a shared historic narrative. Talks broke down last week as Bulgaria, which insists that Macedonians are part of the Bulgarian nation, demanded that legendary VMRO leader Goce Delcev is designated as a Bulgarian hero in the Macedonian history books. Macedonian historians proposed that he is jointly honored on the date when his body was brought from Sofia to Skopje for burial, but the Bulgarian side took this as an attempt to emphasize his Macedonian background and reacted angrily. urd”.