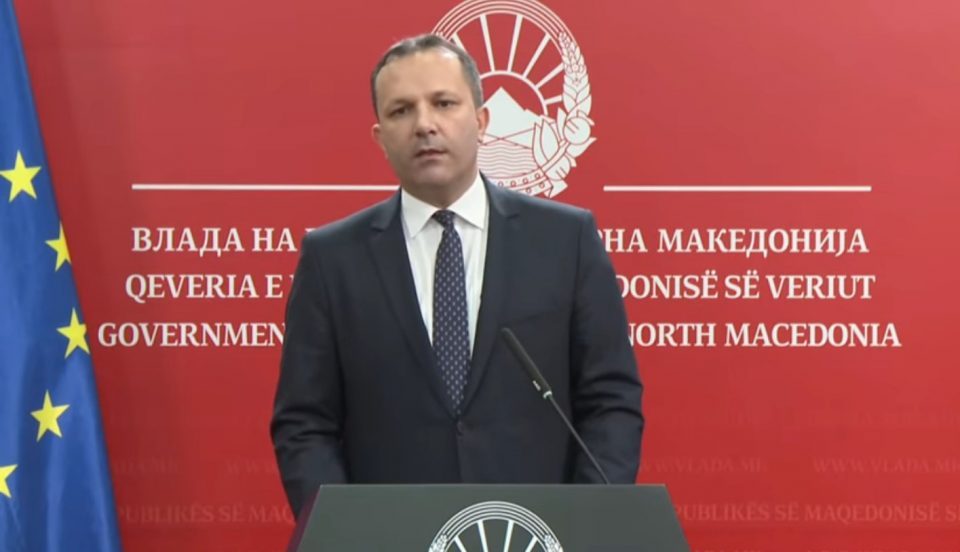 Zaev’s Interior Minister Oliver Spasovski defended his record in the Parliament, where a vote of no confidence in him is being scheduled. The handling of the proposal is likely to further deepen the political crisis in Macedonia – Parliament Speaker Talat Xhaferi prevented members of Parliament from the opposition VMRO-DPMNE party – which supported the proposal – from speaking, and claimed that they were late registering for the session by an hour. VMRO representatives walked out from the hall in protest, leaving Spasovski alone to state his claims.

The proposal for a vote of no confidence is strange. It is initiated over a successful operation – not over a failure. Saso Mijalkov is in prison where he and many other former officials belong and now the number of years he is about to serve is increasing, Spasovski said.

The Alliance of Albanians and Alternative party proposed the vote of no confidence after the shocking escape of former security chief Saso Mijalkov shortly before he was due to be sentenced over the 2015 wiretapping scandal. Mijalkov dissappeared for a few days in late February, apparently fleeing the country into Serbia, and later returned as the scandal threatened to topple the Zaev Government. Mijalkov has developed extensive business and political links with Zaev over the years and the first reaction to his escape was that it was agreed between the two.

Meanwhile, the list of scandals involving Spasovski and Zaev multiplies. The Interior Ministry is conducting an internal investigation after it was revealed that high level regional and international mafia bosses bought fake passports which they used while conducting money laundering and hit jobs. Also, the police commissioner of Prilep, who was appointed by Spasovski as his political protege was arrested while escorting a shipment of marijuana that came from a farm apparently owned by the Zaev family.

The SDSM led coalition has a wafer thin majority in Parliament and is often unable to convene a session – only two abstentions due to Covid-19 or other reasons are enough to leave the coalition without the necessary 61 votes. SDSM and VMRO party leaders Zoran Zaev and Hristijan Mickoski reached an agreement to ensure normal functioning of the Parliament, with VMRO providing quorum when bills of national importance are on the agenda, but it was dependent on moving ahead with the vote of no confidence in Spasovski and several other ministers due to the rampant corruption of the Zaev regime. Preventing VMRO representatives from stating their arguments will likely strain the agreement that was reached further and could lead to new blockades in the Parliament.