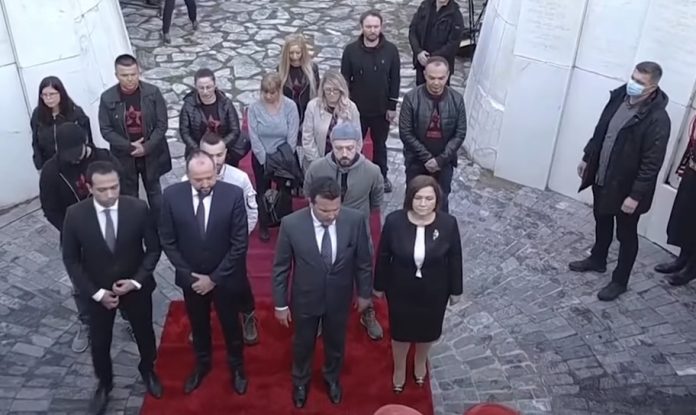 The Prilep court began the trial of Levica party activist Ivan Jovanoski, who crashed the October 11th ceremony at the monument to World War Two uprising and insulted Zoran Zaev.

Jovanoski is charged with obstructing the peace and faces a financial fine. During the ceremony, to mark the 80th anniversary of the start of the uprising in Prilep, Zaev was there to lay flowers at the monument. Jovanoski and other Levica activists stood in front of him, forcing the Prime Minister and his party to walk around them. While standing there, Jovanoski insulted Zaev, telling him that he does not belong there.

I’m charged by a police officer of insulting the so-called Prime Minister of some kind of a made up country that does not exist. The words I said are somewhat distorted in the report, I said that Zaev has no right to be there, that this is not his territory, because he tries to portray our then enemies, the Bulgarian fascists as our friends. Zaev should appear before the court at the next hearing to say if he felt insulted, Jovanoski said.