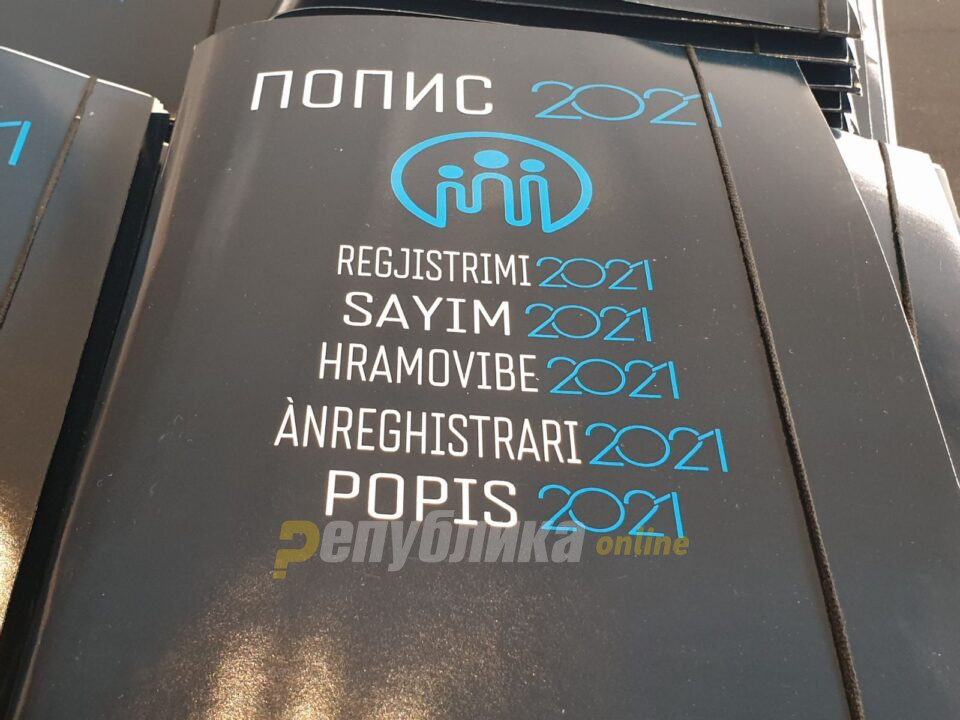 Trust in the results of the census is further deteriorated today after the results in one of the categories of religious affiliation changed overnight without any explanation.

The census is already marred by the boycott of several hundred thousands ethnic Macedonians in the diaspora, and of 132,000 residents in Macedonia – also overwhelmingly ethnic Macedonians. This inflated the share of ethnic Albanians in the number of overall population. In the religious affiliation segment, Orthodox Christians, Macedonia’s largest community which again covers mainly ethnic Macedonians, was split in two – Orthodox and Christians, also misrepresenting it as far smaller than it actually is. The head of the DZS statistics bureau Apostol Simovski insisted that there can be do-over for the citizens who boycotted the process, and that the data on ethnicity and religious affiliation can’t be changed.

But today it was noted that the number of “atheists”, which was put at just 355 when the census data was first reported, is now at 8,764. There is no explanation for this drastic overnight change. The original number was widely seen as unserious, but so is the 25 times increase. 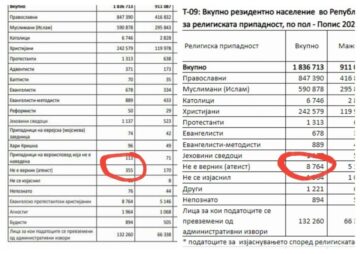