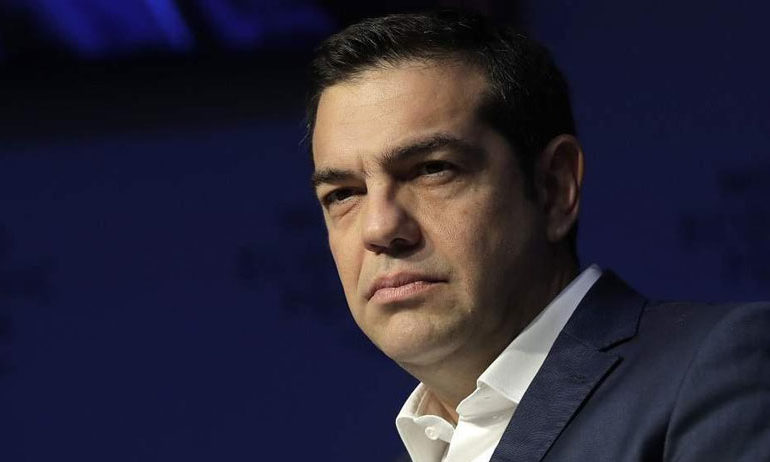 Former Greek Prime Minister Alexis Tsipras said that his successor Kyriakos Mitsotakis is secretly hoping that Zoran Zaev loses the general elections in Macedonia, and that a win for the conservative VMRO-DPMNE party will undermine the Prespa treaty.

Tsipras, who lost the elections earlier this year to a large extent owing to signing deeply unpopular Prespa treaty, has since been prodding Mitsotakis to do what he announced when he criticized the treaty and act against it. Mitsotakis said tha the will work to ensure that the name Macedonia is associated with Greece, but otherwise will not withdraw from the treaty.

In a Facebook post, Tsipras called Mitsotakis out for not working himself to bring down the Prespa treaty, declaring his nominal support for it, but waiting for someone else to do it for him. Tsipras also accused Mitsotakis for his position during the recent European Council in Brussels. Greece did not publicly object to the opening of EU accession talks with Macedonia. According to Tsipras, Mitsotakis was pushing the same line as Netherlands and Denmark, who opposed accession talks with Albania, but not with Macedonia. At the same time, Mitsotakis said that Greece opposes decoupling Macedonia from Albania, making his support duplicitous at best. This was the eventual outcome – Macedonia was prevented from opening accession talks, along with Albania. This, Tsipras says, will turn Greece into an observer of Balkan affairs instead of an active participant. 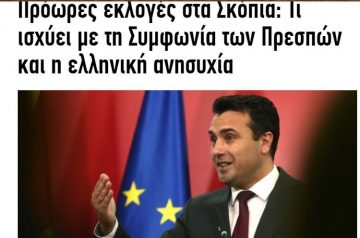 Greek media outlets also comment along similar lines, expecting that the elections will bring the conservative opposition in power in Macedonia, with “dark clouds gathering over the Prespa treaty” which is “endangered by Macron’s veto”, as some of the headlines stated today.