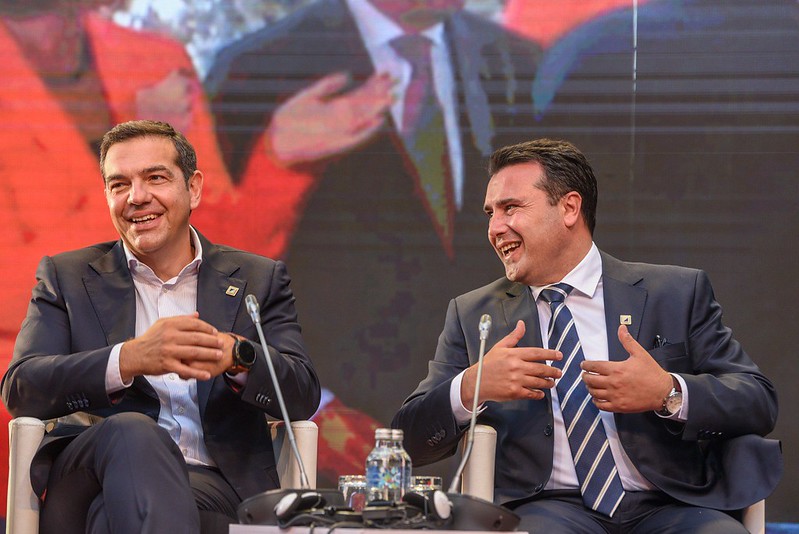 Tsipras is in Ohrid for the Prespa Forum Dialogue, and was warmly welcomed by Zaev, who praised their “friendship and vision”. But Tsipras made a point to criticize Zaev for the latest issue that rose up in Greece over the treaty – the fact that a number of Macedonian sport associations have not yet added “North” to their names. Most prominent among them is the Football Federation of Macedonia, especially during the Euro Cup, where Macedonia played for the first time. Seeing jerseys with the sign FFM (Football Federation of Macedonia) prompted a protest note from Greece. Zaev quickly promised to push the Federation to rename itself, even after his Foreign Minister Bujar Osmani initially said that the Federation is allowed under the Prespa Treaty to keep using its original name.

Tsipras also demanded that Macedonia begins rewriting its history books. He did not give specifics, but Greece wants Macedonia to rewrite its historic narrative in a way that would give Greece exclusive rights over the classical period, as well as to erase any mention of the large Macedonian minority in Greece.