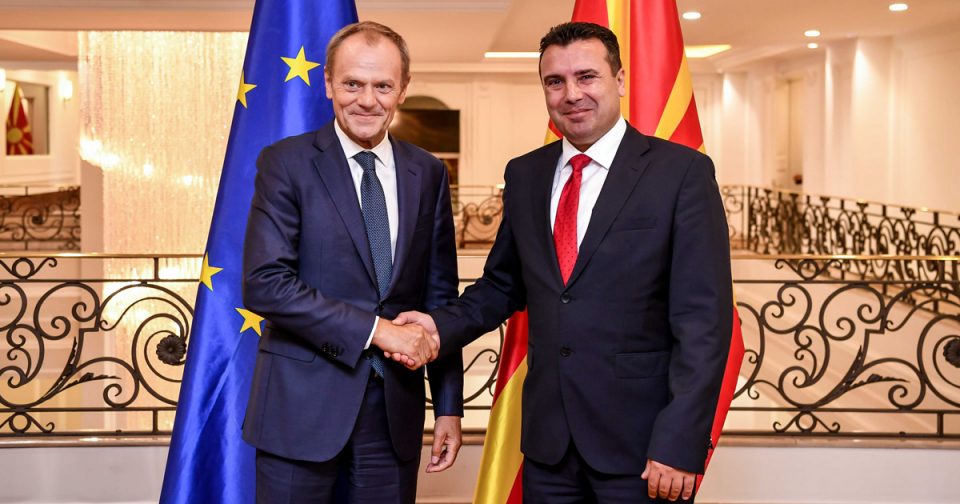 Outgoing European Council President Donald Tusk came out in favor of opening EU accession talks with Macedonia, during his meeting on Tuesday. Tusk acknowledged how Macedonia delivered on its obligations, chief among them – renaming the country and rewriting its history – and said that it is now up to the EU member states to also deliver.

Skopje is the best possible place where I would like to appeal to the leaders of the European Union: Now you do your share. Because North Macedonia has already done its share. #EUAccessionTalks, Tusk tweeted out during his meeting with Zoran Zaev.

Zaev assured Tusk that his Government will work to get to the bottom of the major corruption scandal, which is undermining the case for opening EU accession talks.

Our obligations to deliver are still on, especially in the rule of law. we are fully committed to resolve all challenges in accordance with the European values and standards, such as adopting a law on state prosecutors, said Zaev, whose Government is slowly backing off from the talks to adopt this law, insisting that the prosecutor’s service can continue to operate even without a designated unit for fighting high level crime.

And yet, Tusk said that the results in the fight against corruption can be denied by anybody, and everywhere, before assuring Zaev that in Brussels the bureaucrats are determined to advance his request for accession talks. France and the Netherlands are seen as the main opponents to the opening of EU accession talks, citing fears over high crime and corruption levels in the Balkans and the danger of watering down the EU.