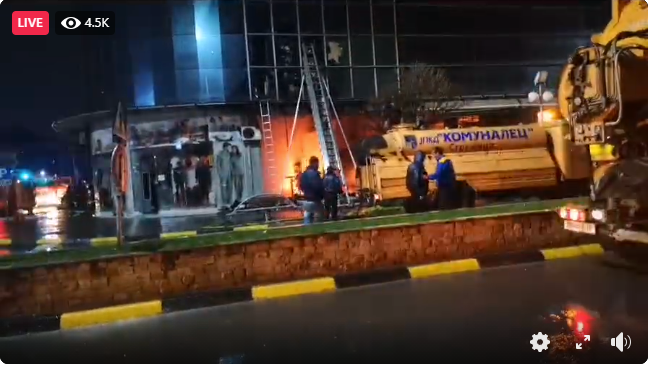 Parts of the Global shopping mall in Strumica reopened today, after the devastating fire on January 2nd. About two thirds of the mall are now reopened, in the parts that were less affected by the fire.

The roof is also repaired and by the end of the week work on the most affected sections will be near completed. New electric installation, tiles and windows are being put up there, said Stojan Manev from the association of shopkeepers.

The mall is best known for the major scandal in 2008, when then Strumica Mayor, now Prime Minister, Zoran Zaev, was charged with gross abuse in its construction. Zaev gave the contract that included using publicly owned land to a company he has business deals with, and it is widely assumed that he de-facto owns Global. Zaev escaped trial after he was pardoned by then President Branko Crvenkovski.

After the fire, which was made worse by the non-functional fire protection systems, Zaev’s Government instructed public companies and municipalities to donate to the reconstruction of the mall, which also raised seirous objections about corruption on his part.