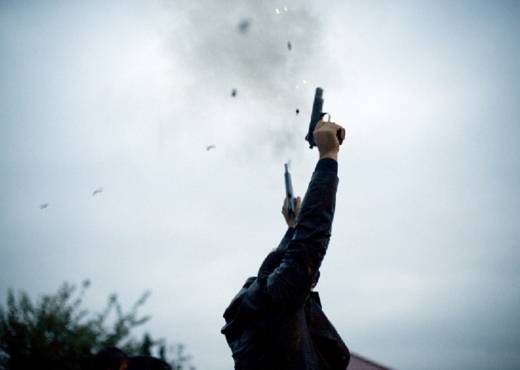 Following the celebratory gunfire incident at a wedding in Tetovo, when two men were injured (reportedly by a member of Parliament), two more women were shot and injured during the busy summer wedding season.

The latest incident happened in the village of Cajle near Gostivar. The women, aged 35 and 44, were taken to the Gostivar hospital for treatment. One of the guests, who fired the shots from a pistol, was detained.

The incident happened today after midnight. B.H. (53), the owner of the house where the wedding was taking place, was detained under suspicion that he fired the shots.

Summer is the peak wedding season, when emigrants return to Macedonia and frequently marry locals. Celebratory gunfire is a big thing, especially in ethnic Albanian weddings, and such injuries are common.

Impassioned plea for unity between Macedonians and Albanians

Elementary school teacher from Gostivar (54) arrested after assaulting a pupil