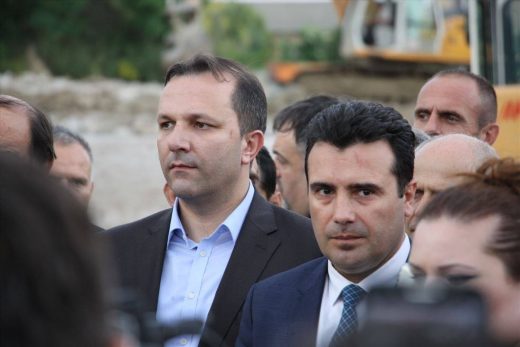 The Vice President of VMRO-DPMNE, Vlado Misajlovski, talked Monday in an interview with TV Alfa, about the current political situation in the country, the unstable parliamentary majority, as well as the criminal affairs happening in the past few days.

Misajlovski emphasized that the Republic of Macedonia is led by the most criminal government, which has neither shame nor interest in what the citizens think about its work. He adds that instead of bragging and being proud of its successes, our country brags about issuing passports to the biggest criminals from all over the world. The reality is that the country is run by mobsters, criminals and racketeers, he said.

The Republic of Macedonia in the past few years is a record holder in the number of scandals and criminal affairs. Scandals do not happen every few months,, but they literally happen every day. Every day – a new scandal. Within two to three years, we witnessed a dozen major criminal affairs, which no one was held accountable for, and the government doesn’t even mention. Ten days ago, we learned that criminals and murderers from all over the world received Macedonian passports and stayed in the country without anyone causing them problems. Macedonian security is at that level, says Misajlovski.

He called on the Public Prosecutor’s Office to investigate whether some people voted twice in the last elections.