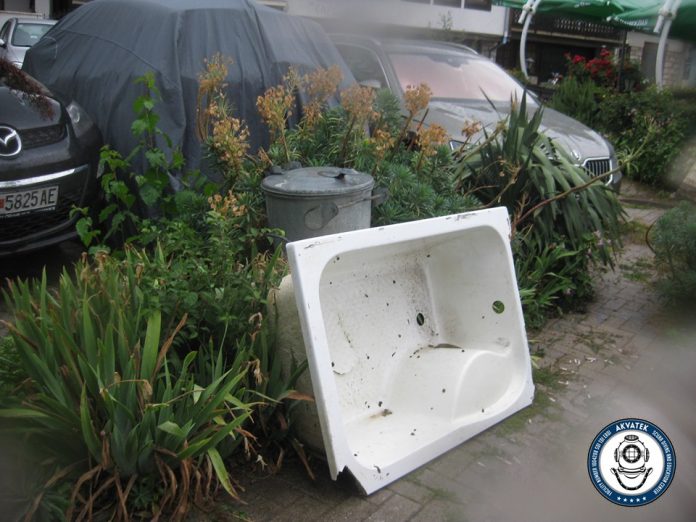 After a series of blows in the past year, a widely shared picture of a tub thrown in the lake near the city of Ohrid was the last straw.

But, the Akvatek diving team announced today that they have managed to retrieve the tub from the lake, and will have it removed through the proper trash management systems.

More good news came from Zoran Zaev, who pledged to take over the process of demolishing the hundreds of unlawfully built homes, hotels and industrial facilities. The situation became comical after Nefi Useini, the powerful local DUI party boss who was named in several high profile illegal builds, including a pizzeria next to the iconic Cinar sycamore tree, had his construction company apply to the contract local authorities are having to tear down (presumably other) illegally built sites.

Zaev today said that he has instructed Mayor Konstantin Georgievski to get his act together, and tear down Useini’s pizzeria, and if not, the central Government will do it for him. Zaev also gave Useini the option to tear down his own pizza restaurant.