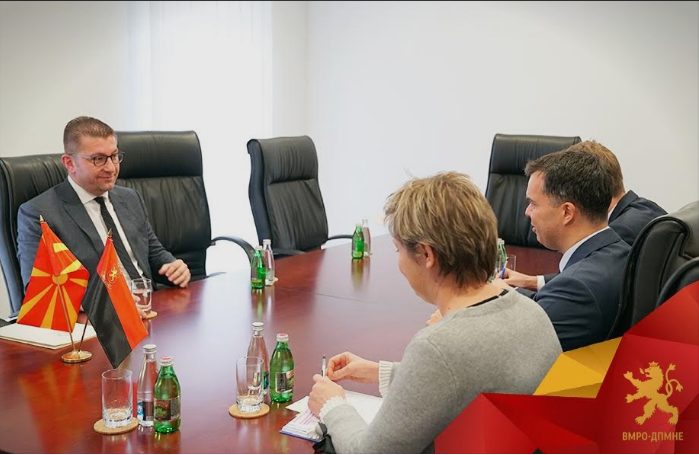 During his meeting with Hungarian Ambassador Laszlo Dux, VMRO-DPMNE President Hristijan Mickoski expressed his position that the growing number of unresolved criminal and corruption cases is undermining the country.

Mickoski said that VMRO-DPMNE strongly supports unblocking the European Union path for Macedonia and believes the Government officials should focus on the necessary reforms and the economy but unfortunately “they focus their entire energy on political deals thy hope will spare them an investigation into their crimes perpetrated over the past years”. 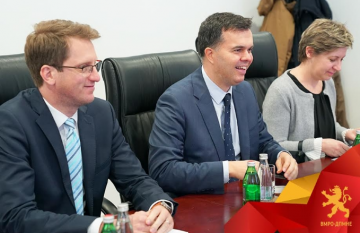 Mickoski said that the VMRO-DPMNE led Government, which he expects to lead after the April 12 elections, will work full speed ahead to introduce crucial reforms that will bring Macedonian citizens closer to European standards.

During the meeting, the two parties discussed the cooperation between Macedonia and Hungary, which they found to be excellent.