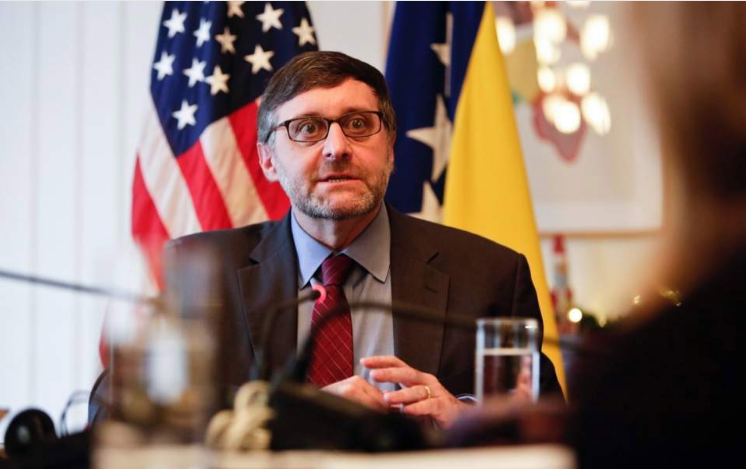 During a meeting with Greek journalists, US acting Deputy Assistant Secretary of State Matthew Palmer called the Prespa treaty to rename Macedonia into North Macedonia is an excellent diplomatic achievement and told “North Macedonia” that its future progress toward the EU will depend on fully implementing the treaty.

The Prespa treaty calls on Macedonia to use the new name domestically – a provision which successive Macedonian Governments had long rejected, as well as to open its history books and contemporary public discourse for redefining the history and national identity of the Macedonians in line with the positions of neighboring countries.

Palmer portrayed the treaty, imposed on both Macedonia and Greece against the wishes of significant majorities of their citizens, as a move to reduce Russian influence in the region. “Russians prefer disputes and unrest in this region”, Palmer told the Greek press. US diplomats like Palmer were heavily involved in bringing in power politicians who would accept such a deal and ramming it through both Parliaments.