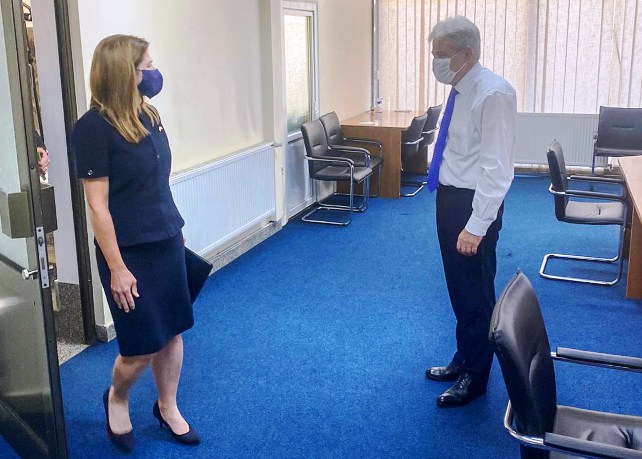 US Ambassaador to Macedonia Kate Byrnes met with DUI party leader Ali Ahmeti yesterday, to discuss Euro-Atlantic integrations, including, it was said, the treaties with Bulgaria and Greece. Bulgaria is renewing its threat to block Macedonia from opening EU accession talks unless sufficient compromises are made with Macedonian history and national identity. Ahmeti’s party said that he expressed hope the work with the US will continue, toward meeting Macedonia’s strategic goals.

President Ahmeti also welcomed the Washington agreement between Serbia and Kosovo, the mutual recognition between Israel and Kosovo and the defining of Hezbollah as a terrorist organization. Ambassador Byrnes said that Washington will continue to support Macedonia toward implementing important reforms aimed at ensuring the rule of law and the unbiased and independent work of the institutions, the DUI party said in its press release.