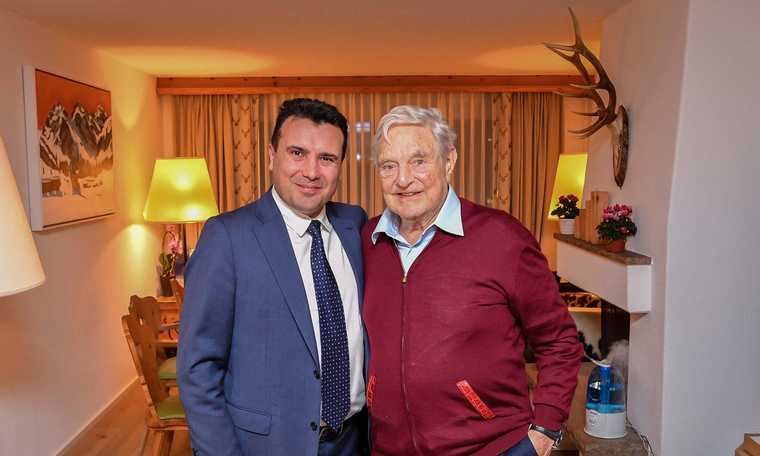 The V4 news agency reports on the role the European Stability Initiative (ESI) network plays in promoting the policies and initiatives from George Soros in the Balkans. The news agency gives a brief overview of the group led by Austrian Gerald Knaus, who has been an outspoken supporter of the Zaev regime in Macedonia.

The European Stability Initiative (ESI) has a network spanning Europe and George Soros’s Open Society Foundation is one of its main backers. The organisation’s activities in the Balkans have been of great significance from the very start. The Balkans has been a priority for the activities of the European Stability Initiative since the organisation’s foundation. It has been making efforts to influence the foreign policy of the Balkan countries since the early 2000s. In addition to the migration issues of the region, the Western Balkans is currently their most important area of research in Europe, V4 reports.

The think tank has offices and financiers all over the world: in Berlin, Vienna, Brussels and Istanbul. The main backer of the ESI is George Soros’ Open Society Foundations, but ESI also has support from Erste Bank’s foundation, the Erste Stiftung and the German Marshall Fund.

The Soros network has been active in Macedonia through the Open Society Foundation since 1992, V4 adds. “For decades the country had a stable right-wing government, and in 2014 the conservative VMRO-DPMNE party won elections with Prime Minister Nikola Gruevski forming a government for the fourth time. The left-wing opposition refused to recognise the results of the elections, and Zoran Zaev, leader of the (then opposition) Social Democratic Union of Macedonia (SDSM) threatened to release wiretapped material on the Prime Minister and other leading governing party politicians. He later made the recordings available to the public, implicating the Prime Minister in a wiretapping scandal. Demonstrations and counter-rallies began in response to the revelations which led to a political crisis. The left-wing SDSM then took control with support of the Albanian parties and the Albanian minority”, the news agency describes the campaign to topple the Gruevski led Government.

Soros funded NGO groups were particularly vocal in this period, in support of the SDSM led protests. In response, “the Stop Operation Soros initiative was established under Gruevski’s premiership. The head of the initiative alleged that the SDSM party had been supported solely by George Soros for 20 years, enabling the billionaire manipulator to exercise a direct influence on Macedonian domestic politics”, V4 writes, adding that Zoran Zaev, has personally met George Soros several times. 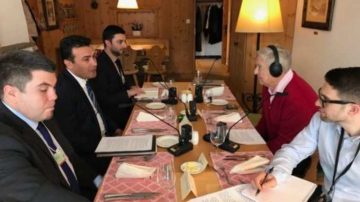 The ESI is tied to the current Macedonian government through several threads of connection and the head of the think tank also maintains good personal relations with Foreign Minister Nikola Dimitrov. The ESI also played a major role in the groundwork for discussions and resolution of the Macedonia naming dispute. In 2018, they also contributed to the preparation of the draft of the Prespa agreement, which led to the conclusion of the dispute, and also made a concrete proposal, V4 reports. 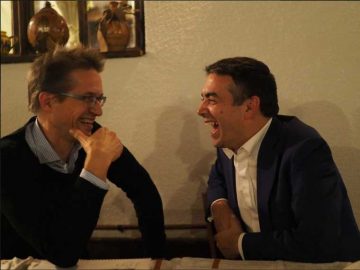 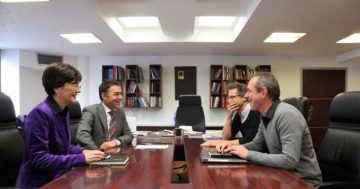 According to the news agency, while ESI was supportive of the imposed Macedonian name change, the group resists a proposal to resolve the Kosovo dispute a territorial swap between Albanians and Serbs. The news agency reports that this desire to keep countries in the Balkans ethnically mixed and to oppose redrawing orders to make homogeneous states fits well with Soros’ view of the world. 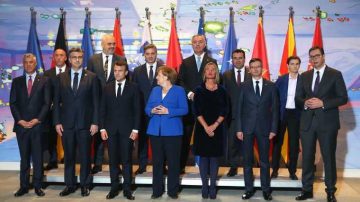 The European Stability Initiative opposed the land swap, and they opined in several forums that this would lead to armed conflicts, just as a border change would do, even though both moves would result in more ethnically uniform areas. Together with ECFR, they issued a statement, which they also sent to EU leaders in March. German Chancellor Angela Merkel and French President Emmanuel Macron welcomed the leaders of the Western Balkans in April this year at the EU-Western Balkans summit. The question of land swap and border change was discussed and rejected at this point, as Angela Merkel had already made a statement that the existing borders of the Balkans were inviolable. Gerald Knaus, leader of the ESI voiced his enthusiasm for the rejection of the proposal on Twitter. He emphasized the need for an ethnically diverse Balkans, an unsurprising parallel to the philosophy of Soros’s open society, V4 writes in its analysis.