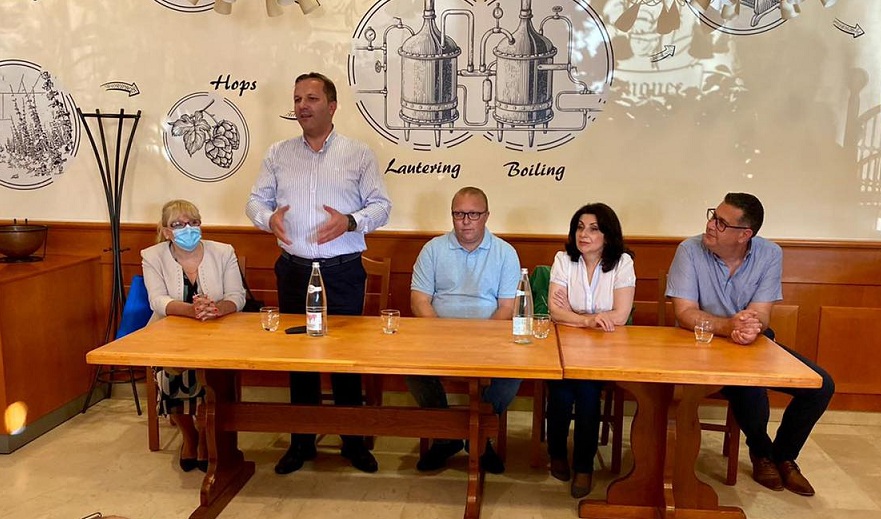 Interior Minister Oliver Spasovski and the Mayor of Koper, Slovenia, Aleš Bržan, met with Macedonians living in Slovenia to discuss current topics that affect them.

As Spasovski stated, among other things, they discussed the government decision on extending the validity of travel documents of the citizens that have expired, or expire after July 31, until December 31, 2021. The goal is to meet the needs of our citizens who due to the pandemic were prevented from renewing their documents on time, he said.

After many years, we have resolved the big issue of emigrants, with the fact that in addition to six mobile base stations for documents, there will be 10 fixed base stations for our emigrants to be able to renew their documents at any time, and the waiting time will be reduced, said Spasovski.