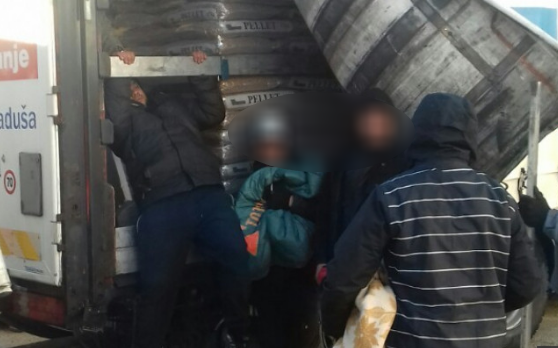 The van was stopped yesterday near the village of Miravci, close to Gevgelija. The driver is identified as 31 year old D.R. from Veles, and he has been charged with trafficking of migrants, who were sent to the Gevgelija transit center.

The north – south E-75 highway through Macedonia was the main route used by migrants who have arrived to Greece, on their way to the core European Union countries. After Macedonia closed the border in 2016 and put an end to the migrant crisis, smaller groups such as the one intercepted yesterday are believed to be making the same trip each day.

In the 21st century, there is a hybrid regime in Europe, and they promised change, better life. Their rule has turned into a hybrid regime in which they are turning the country around. And how else would it be with so much crime and high-level corruption, with a pardoned leader in power and fraud...
World 23.01.20 | 11:56