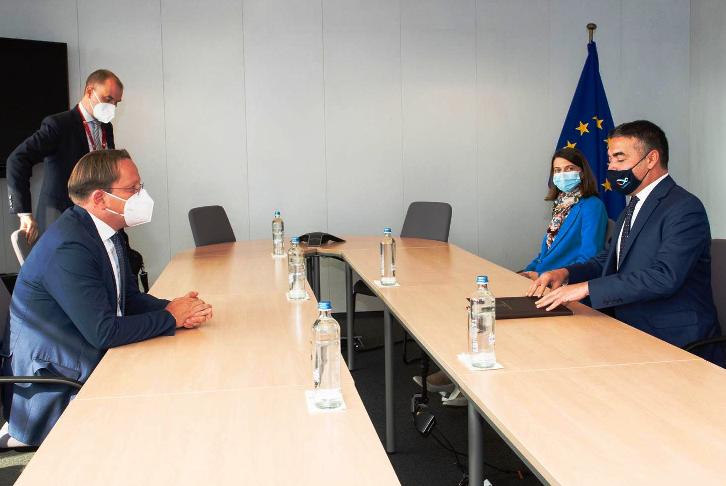 Deputy PM for European Affairs Nikola Dimitrov met in Brussels Tuesday with European Commissioner for Neighbourhood and Enlargement Oliver Varhelyi to discuss prospects for the first Intergovernmental Conference to be organized in late 2020.

According to the government’s press release, Dimitrov thanked EU Commissioner Varhelyi’s team for the efforts made by the European Commission in regard to the start of negotiations with the Union, as well as for the economic assistance that Macedonia receives to address the consequences of the pandemic.

Both interlocutors emphasized the importance of the coming period, which they assessed as essential for the European future of Macedonia.

The readiness, vision and commitment of our team to realize this strategic national interest confirms the need for the next historic step of our European agenda – starting the accession process, said Dimitrov.

EU Commissioner Varhelyi informed about the progress in finalizing the Economic Program for Development and Investment in the countries of the Western Balkans region, which is expected to deliver tangible results already during the mandate of this Commission.

VMRO-DPMNE has clear and concrete policies that will take Macedonia on the right path, Mickoski tells Várhelyi