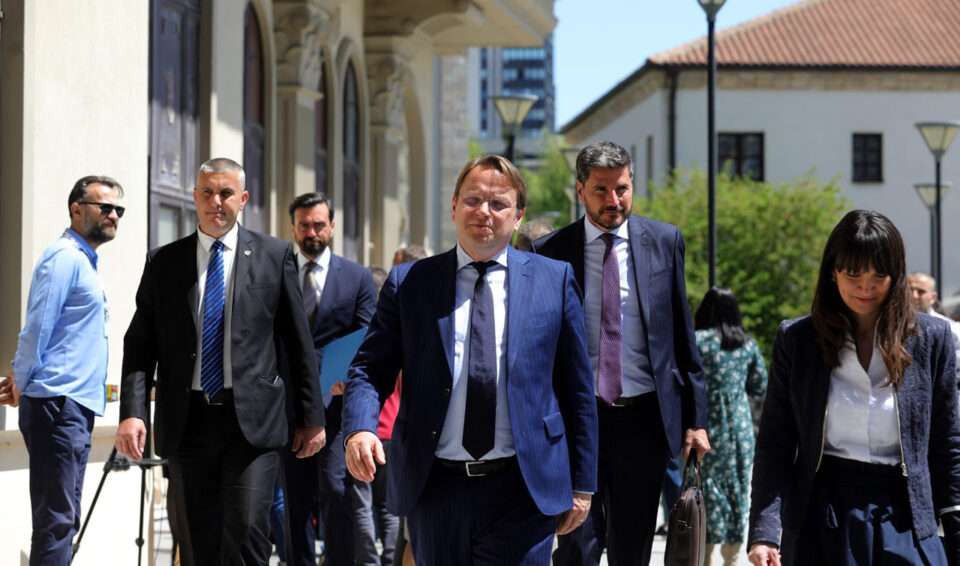 We are committed to continue our efforts to start the negotiations before the end of the French EU Presidency in a crucial time, said European Commissioner for Neighborhood and Enlargement Olivér Várhelyi after Wednesday’s meeting with Prime Minister Dimitar Kovacevski.

Started my visit to Macedonia with PM ⁦Kovacevski. Macedonia is part of Europe! No time to waste to speed up the procedures!, Várhelyi wrote on Twitter.

Earlier during the meeting with Prime Minister Kovacevski in the Government building, the two interlocutors agreed that the European integration of the country and the region is necessary for the countries in the regional framework, but also for the European Union itself.

Now is the time to unblock the European integration of the Republic of Macedonia, which otherwise may remain an open question for a long time, and it is not in favor of either side, Kovacevski and Várhelyi stated together.

Kovacevski stressed that he remains committed exclusively to the principles of respect for European values and talks based on respect and dignity, as agreed with Prime Minister Petkov in establishing dialogue and building relations on this basis.

Our country has fulfilled its obligations and continues to act fully in line with the policies of the European Union, which once again showed that it is a worthy partner of European countries and deserves the final holding of the first intergovernmental conference with the EU, said Prime Minister Kovacevski.