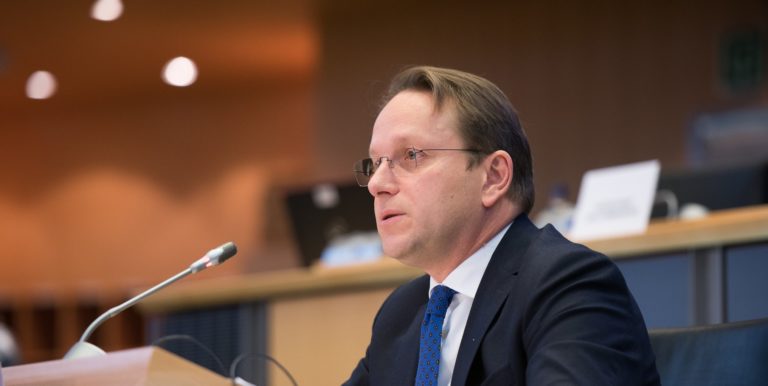 EU Commissioner for Neighbourhood and Enlargement Olivér Várhelyi fell short of confirming if he had submitted a proposal on settling the Skopje-Sofia dispute.

As MIA’s correspondent in Brussels reported, Várhelyi briefly commented at Tuesday’s press conference dedicated to the EU’s southern neighborhood, that the European Commission hopes that the start of accession negotiations with Macedonia will be “unblocked as soon as possible”.

Bulgaria blocked the country’s start of EU accession negotiations over a bilateral dispute.

A number of diplomats briefed last year that EU Commissioner Várhelyi had submitted a proposal on settling the dispute in favor of the Bulgarian side, which was not accepted by neither Skopje, nor the then German presidency nor several EU member states.