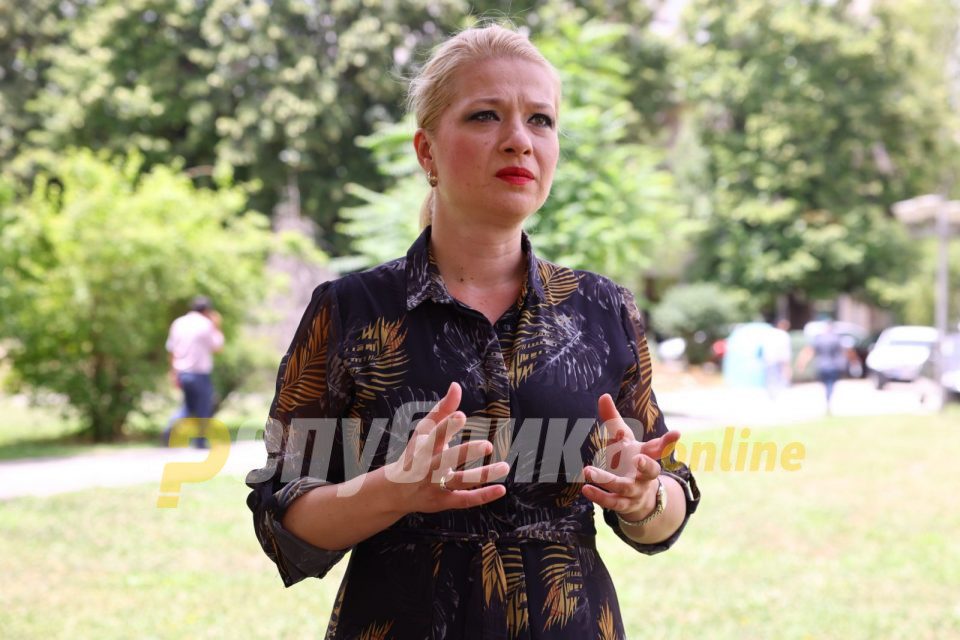 The Zaev regime made many promises, about its red lines in negotiations with our neighbors, and we all see how that turned out, says VMRO-DPMNE member of Parliament Ivanka Vasilevska, as she warns that Zaev’s on-going negotiations with Bulgaria will also end up with Macedonia abandoning its national positions.

This hybrid regime is trading away our identity and the Macedonian language, and it does so to meets its own interests. We offered them that we set our nation red lines, our shared strategy, the Government and the opposition together, but they refuse to do so. It only shows that the Government is not sincere when it says it will protect our interests, Vasilevska told Pressing in an interview.

VMRO-DPMNE is protesting the on-going secretive talks between Zaev and Bulgarian officials, over the issues of Macedonian national identity and history – which Bulgaria wants to redefine. Yesterday Bulgaria again vetoed Macedonia’s EU accession talks, insisting that its demands must first be met.

In the interview, Vasilevska said that the education “reform” which is pushed by Zaev’s Minister Mila Carovska will serve the same purpose.

Our neighbor Bulgaria sends clear messages that we must change our school curriculums, which, I’m sure you’ll agree, constitutes foreign interference in the Macedonian national history, the Macedonian language and the Macedonian national identity .In the 21st century we are pushed 100 years back and instead of dealing with the challenges of the modern age, we are forced to deal with nationalist frustrations from the era of imperialism. If we allow this humiliation, it means that we accept that we are an artificial nation and we begin a new Balkan cold war. That is unacceptable, Vasilevska said.