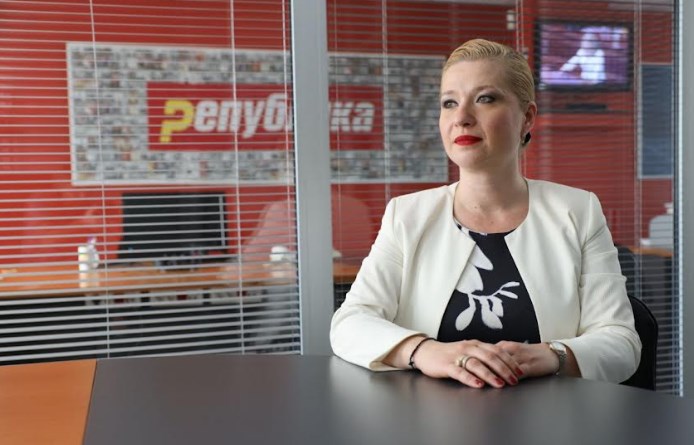 We filed the non-confidence motion, today we have been officially informed by the Parliament Speaker that the motion has been accepted. And we expect whether according to the rules of procedure, the same will soon be put at the plenary session where as the opposition we will publicly present our arguments and demands that Talat Xhaferi succumbs to the motion and be replaced, Ivanka Vasilevska, MP and a member of the EC of VMRO-DPMNE said in an interview with TV 24.

Vasilevska added that VMRO-DPMNE has a request which is supported by several serious arguments, primarily as an important point that should be taken into account is the disruption of interpersonal relations within the Parliament as an institution.

For that reason, we need and through our argumentation we will try to get support within the ruling majority so that we can reach a situation where the Parliament Speaker returns to normal, ie to elect a speaker who will be representative. And I say this not because the person of Talat Xhaferi is attacked, here his behavior and his results from his way of running the Parliament are attacked, explained Vasilevska.

Vasilevska pointed out that Xhaferi’s arbitrariness causes violations of human rights and freedoms.

Xhaferi: Von der Leyen’s message is clear – the proposal refers to the Macedonian language and respects the national identity