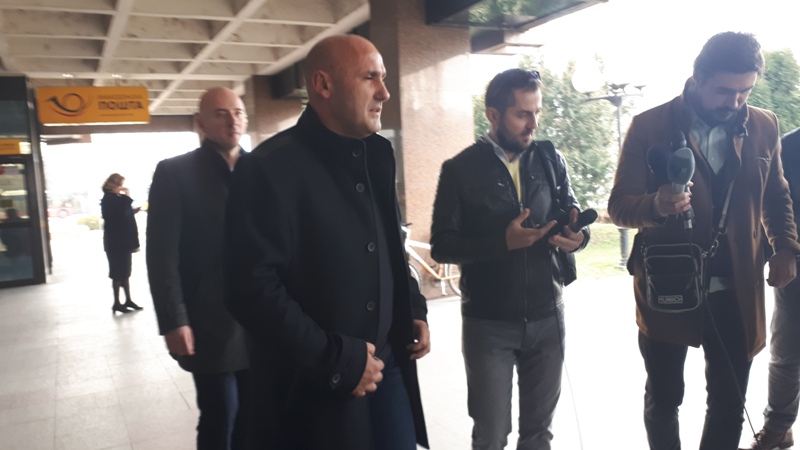 It took Vice Zaev, the brother of Prime Minister Zoran Zaev, solid two hours to detail all the business holdings he is involved in, at the slander trial he initiated against VMRO-DPMNE Deputy President Aleksandar Nikoloski. Nikoloski publicly called Vice Zaev out over the suspicious way in which his business empire is growing under the Zoran Zaev regime, and accused him of getting involved with the businesses of former security chief Saso Mijalkov, who was expelled from the VMRO-DPMNE party during the campaign to pressure members of Parliament to vote for the name change.

Vice Zaev took offense at Nikoloski’s comments about his business empire and took him to court. There, the “Viceto” acknowledged that he runs two companies – Total Engineering and Total Electric, and holds shares in two Strumica based companies. His dealings involve construction, but is also a major marijuana producer, entering the business shortly after the growing of this narcotic was legalized.

Vice Zaev himself admitted that he owns multiple companies. He owned up in the case of two companies, but then listed others where he holds 20 percent ownership stakes. He acknowledged that he deals with medical marijuana, with construction companies, and he also acknowledged that his business is growing. This allows me to say that he is becoming the main business factor in the country, Nikoloski said.

Vice Zaev sent out a threat to “all politicians but also you, the journalists” that they should “be careful what they say”. The threat comes at a time when dozens of high ranking VMRO offociails and hundreds of activists face criminal charges, are detained or blackmailed before the courts.

Zaev’s brother gained notoriety during the 2015 leak of a video tape, recorded by a Strumica businessman who reported a bribery attempt from Zoran Zaev, then Mayor of Strumica, to the police. In the recording, Zoran Zaev is seen asking the businessman to pay him hundreds of thousands of euros in order to expedite his request to purchase a publicly owned piece of land. Zaev instructed the businessman take half of the money to the currency exchange shop run by “Viceto”. Zaev was cleared of all charges in this case as his party expands its influence over the courts and pushes them to prosecute opposition officials while back off cases involving politicians from the ruling coalition.